Louisiana Marijuana Legalization Bill Wins House Committee Vote. A bill to legalize marijuana, House Bill 524, was approved Tuesday by the House Criminal Justice Committee. The bill advanced on a 7-5 vote, with three Republicans joining their Democratic colleagues to approve it. A second bill, House Bill 24, which would decriminalize marijuana possession, was also approved by the committee.

Montana Marijuana Legalization Implementation Bill Goes to Governor. A bill to implement voter-approved marijuana legalization, House Bill 701, has passed out of the legislature and is now on the desk of Governor Greg Gianforte (R). Republicans had balked at directing some marijuana revenues to conservation projects but voted for the bill after being reminded that if the legislature didn't pass it, the marijuana legalization initiative would go into effect without its input.

South Dakota Supreme Court Hears Oral Arguments on Governor's Challenge to Voter-Approved Marijuana Legalization. The state Supreme Court on Wednesday heard oral arguments in a lawsuit sponsored by Gov. Kristi Noem (R) challenging the constitutionality of the voter-approved Amendment A marijuana legalization initiative. The measure passed with 54% of the vote, but at the governor's direction, a county sheriff and the head of the state Highway Patrol filed the lawsuit, arguing the initiative was too broad. A circuit court judge in Pierre earlier ruled against the initiative. A decision in the case is not expected for weeks or months.

Alabama District Attorneys Urge Lawmakers to Reject Medical Marijuana. Twenty-three of the state's 42 district attorneys have sent a letter to the legislature urging lawmakers to oppose a pending medical marijuana bill. In language right out of the last century, they called marijuana a "gateway drug" and "a wolf in sheep's clothing."

Rerolled from a High Times Original Article HB 701 is headed straight for the governor’s desk. Rerolled from …
Read More

Rerolled from a High Times Original Article Colorado is considering a new bill, HB 21-1090, which would further …
Read More 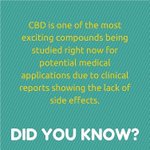 PolitiFact | Under new Virginia law, a pound of pot will bring a $25 fine https://t.co/6oI2XNuVXB #cannabis

Marijuana Legalization ‘Inevitable,’ Top Rhode Island Lawmakers Say, But It Might Not Happen This Year: The top lawmakers in Rhode Island’s House and Senate both say marijuana legalization in “inevitable” in the state—but… https://t.co/2gWX69VqVr #cannabis #marijuana #CBD