House Democrats Include Marijuana Safe Harbor in Latest COVID Relief Bill. The House is including language to allow financial services for the marijuana industry in its latest $2.2 trillion COVID relief bill. It does so by including the text of the SAFE Banking Act (HR 1595) within the relief bill. No word yet on how the Republican-led Senate will respond.

Arizona Poll Has Strong Support for Marijuana Legalization Initiative. A new statewide poll of likely voters has support for the Prop 207 legalization initiative at 57%, with 38% opposed. The numbers are basically unchanged from the same poll in August, which had 57% in favor, with 37% opposed.

Colorado Governor Mass Pardons People Busted for Pot Possession. Gov. Jared Polis (D) on Thursday signed an executive order pardoning people convicted of possession of less than an ounce of marijuana prior to legalization. "We are finally cleaning up some of the inequities of the past by pardoning 2,732 convictions for Coloradans who simply had an ounce of marijuana or less. It's ridiculous how being written up for smoking a joint in the 1970's has followed some Coloradans throughout their lives and gotten in the way of their success," Polis said. "Today we are taking this step toward creating a more just system and breaking down barriers to help transform people's lives as well as coming to terms with one aspect of the past, failed policy of marijuana prohibition."

Bipartisan Policy Center Report: Use Federal Money for Syringe Exchange Programs. The Bipartisan Policy Center released a report Wednesday looking at how federal money is being used to combat the opioid epidemic. The report recommended states do more to combat rising overdose deaths, including adding more syringe exchange programs to help reduce overdose deaths and disease transmission. "(Syringe exchange services) don't increase drug use, but rather facilitate entry into treatment as well as access to naloxone, which, as you know, is a lifesaving antidote for an opioid overdose," BPC Chief Medical Officer Dr. Anand Parekh said.

New Zealand Concerned with Chances of Legalizing Cannabis In 2020 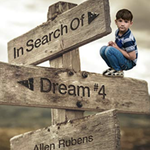 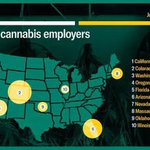 “Jack Diesel, or JD, is a Sativa-dominant Hybrid cross between the legendary Jack Herer and NYC Diesel. Once you get your hands on it, you’ll never want to let go.
#cannabis #cbdherb.org 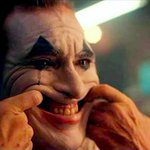 Benefits of Automated Trimming
One of the main benefits of trimming machines is that they ensure the security of both your product and your enterprise. Read our Review! https://t.co/SVwLW4aqIR
#growers #growyourown #Repost #growweed #cannabis #marijuana #weed #thc #homegrown