State legislatures are dealing with marijuana bills, the Justice Department reverts to less harsh charging and sentencing policies, and more.

Idaho Bill to Amend Constitution to Bar Marijuana Legalization Advances. The measure, a joint resolution, would ban all psychoactive drugs not already legal in the state, but was inspired by fears of marijuana legalization. It was approved Friday in the Senate State Affairs Committee on a party line vote. To become law, the measure would have to pass both the House and the Senate with a two-thirds majority and then be approved by a simple majority of the electorate in the November 2022 general election.

New Hampshire Marijuana Legalization, Home Cultivation Bills Killed. The House Criminal Justice and Public Safety Committee voted Wednesday to retain a marijuana legalization bill, effectively killing it for the rest of the legislative session. The committee also voted to kill a bill that would allow home cultivation of marijuana.

New Jersey Home Cultivation Bill Filed. Even as the legislature and the governor continue to spar over bills decriminalizing and legalizing marijuana after voters approved it in November, Sen. Gerald Cardinale (R-Bergen) has filed S 3407 (not yet available on the legislative website), which would legalize the cultivation of up to six plants by individuals once a legalization bill is signed into law. "The people of New Jersey made it clear in November that they want to lift the prohibition on cannabis," Cardinale said in a statement. "Since then, the Legislature has spent three months fumbling around with what should have been a simple task, and complicated the legalization effort with countless fees, licensing and extra layers of bureaucracy."

Pennsylvania Governor Calls for Adult-Use Marijuana Legalization in 2021 Agenda. Gov. Tom Wolf (D) is calling for marijuana legalization as part of his 2021 agenda, which was released Thursday. "The revenue generated from legalization will be used to support historically disadvantaged small businesses through grant funding and provide them the assistance they need to build back from the economic crisis and strengthen our economy," Wolf said. "Additionally, a portion of the revenue will support restorative justice programs to help the individuals and communities that have been adversely harmed by the criminalization of marijuana."

North Dakota Lawmakers Kill Home Cultivation for Medical Marijuana Patients. A bill that would have allowed registered medical marijuana patients to grow their medicine was unanimously defeated in the Senate Judiciary Committee Thursday.

Justice Department Rescinds Harsh Charging and Sentencing Policy, Reverts to Obama-Era Policy. Acting Attorney General Monty Wilkinson has revoked harsh Justice Department guidance to federal prosecutors imposed by then-Attorney General Jeff Sessions in 2017. Wilkinson reverted to guidance issued by then-Attorney General Eric Holder in 2010, which, in a bid to reduce imprisonment, directed prosecutors to do an individualized assessment of relevant facts in deciding what cases to charge and what sentences to seek. That guidance, though, does not include a 2013 Holder memo directing prosecutors not to seek mandatory minimum sentences in some drug cases.

Canada Ponders Drug Decriminalization in Bid to Fight Overdoses. The Canadian federal government is pondering whether to decriminalize drug possession in a bid to tamp down rising drug overdose numbers, a government official told Reuters this week: "A spokesman for Health Minister Patty Hajdu said on Wednesday that decriminalization was under consideration and that discussions with Vancouver were under way but would not comment further." Vancouver has already called on the federal government to let it decriminalize drugs inside the city limits.

Rerolled from a High Times Original Article The governor of Pennsylvania continues his push for legal pot. Rerolled …
Read More 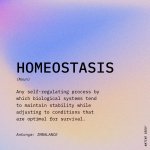 U.S. Senate Majority Leader Chuck Schumer said he’s putting together a new federal marijuana legalization bill that would allow states freedom to “do whatever they’d like” and put tax revenues into communities most harmed by prohibition. 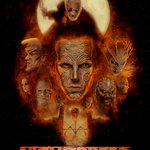 Reply on TwitterRetweet on Twitter3Like on Twitter7
BUY CANADIAN WEED