South Dakota lawmakers are ready to take up marijuana legalization in the next session, the drug czar suggests the pandemic-related easing of methadone restictions could be made permanent, and more.

Democratic Divisions Threaten Progress on Federal Marijuana Reforms. Democrats on Capitol Hill are finding it difficult to push forward with marijuana law reforms as they split on whether to pass a bipartisan bill to provide state-legal marijuana firms access to banking services or instead push a full-fledged marijuana legalization bill. Backers of the banking bill have tried to move it by attaching it to a must-pass defense spending bill, but Senate Majority Leader Chuck Schumer (D-NY) is proving a roadblock. He is instead siding with Sens. Cory Booker (D-NJ) and Ron Wyden (D-OR) as a cosponsor a marijuana legalization bill, the Cannabis Administration and Opportunity Act. The Senate trio and their supporters argue that passing the banking bill first would make passing their broader bill more difficult. "To me, it wouldn’t be a win," Booker said Tuesday. "It would be a setback for expunging the records of all of the people who are waiting for some kind of justice. And unfortunately, if you do that, the pressure won’t be there to get it done." Those prioritizing the banking bill "are doing a big disservice to our ability to get restorative justice principles passed, and it’s really unfortunate they can’t see the urgency for the millions of Americans who are carrying criminal charges for nonviolent drug offenses involving marijuana and have had their lives destroyed because of a war on marijuana that has disproportionately impacted people of color." But supporters of the banking bill, the SAFE Banking Act, say it has bipartisan support that legalization lacks and the time has come for Congress to chipping away at pot prohibition.

South Dakota Top Lawmakers Officially Recommend Marijuana Legalization Bill for 2022 Session. The legislature's Executive Board, led by the House speaker and the Senate president pro tempore, has unanimously approved a report from the Marijuana Interim Study Committee recommending that the legislature take up a bill to legalize marijuana during the 2022 session. Meanwhile, activists who ushered a marijuana legalization initiative to victory last year only to see it blocked in court (the state Supreme Court has yet to decide the case) are pushing to put another legalization initiative on the ballot next year, too. As drafted, the current version of the legislation approved in committee and by the executive board would allow adults 21 and older to purchase and possess up to an ounce of cannabis. The state Department of Revenue would be responsible for regulating the market and issuing marijuana business licenses. It does not include the right to grow your own.

Biden Administration Releases Model Naloxone Legislation. The administration on Wednesday released model legislation to help states improve access to naloxone treatment for opioid overdoses. The move comes as the nation recorded a record-high 100,000 drug overdose deaths in a one-year period ending in May. The model bill encourages people to obtain naloxone, protects them from prosecution when administering it, requires health insurance to cover it, and provides increased access to it in schools and correctional facilities. "This model law can help all states implement consistent, evidence-based policies to make naloxone always accessible to those who need it," said Office of National Drug Policy (ONDCP—the drug czar's office) head Dr. Rahul Gupta. "We certainly hope that state leaders will carefully consider this model law, which can help save lives."

Drug Czar Wants to Expand Use of Addiction Medication. Dr. Rahul Gupta, head of the Office of National Drug Control Policy (ONDCP—the drug czar's office) said Wednesday that the Biden administration is now considering making permanent the easing of restrictions on methadone that has occurred during the coronavirus pandemic. Patients must go to a clinic to have methadone administered but were allowed to take a supply home with them during the pandemic, and Gupta suggested that change could be here to stay. "Adoption of these services did increase access to opioid and substance use disorder treatment," Gupta said, somaking the changes permanent is "under consideration and we remain pretty hopeful about it

Michigan Works to Limit Amount of Cannabis Caregivers Can Grow

“He’s gotten so much benefit out of it”

An Irish woman whose husband has late-stage #MultipleSclerosis says the sky-high price of prescriptions forced her to grow her own medicinal #cannabis.

It is hurting our national security interests as we lose really good people from serving public interest. https://t.co/lued6HB6Tp 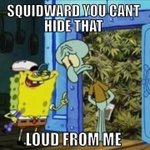 Anyone concerned about the rise in #heartattacks, #myocarditis & #strokes? Or are we all buying the media’s stories on these things suddenly being caused by #marijuana, #bacon & #pandemicstress? The uptick since #vaccines started is just coincidence?

There do I have that right? 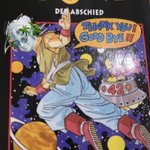 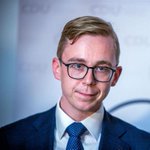 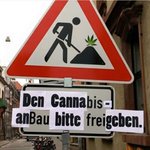