Baltimore drug arrests are down dramatically thanks to a policy shift by the local prosecutor, Virginia has sealed the records of more than 64,000 small-time pot-dealing charges, and more.

Virginia Seals 64,000 Marijuana Distribution Charges. The state has sealed records of more than 64,000 misdemeanor marijuana distribution charges, the legislature's Cannabis Oversight Commission heard Thursday. They have been scrubbed from the state's criminal records database, which is used by employers to screen job applicants. Another 333,000 simple possession convictions have also been sealed. The state was ordered to expunge the records as part of the marijuana legalization bill passed earlier this year.

CDC Reports Record Drug Overdose Toll. Drug overdose deaths, primarily but not exclusively around opioid use, hit an all-time high in the year ending in March 2021, with 96,779 overdose deaths reported. That's an increase of nearly 30 percent over the previous 12-month period, but the number could go even higher because the numbers are only provisional, and the CDC has estimated predicted overdose deaths during this period would total more than 99,000. The big jump in fatal drug overdoses came as the country was in the depths of the coronavirus pandemic and as fentanyl pervades ever more illicit drug markets—including being used as a cut in non-opioids, such as meth and cocaine—but also reflects a two-decade old trend of rising overdose deaths.

Baltimore Drug Possession Arrests Are Just About Extinct. Baltimore Police on Thursday released data showing that both felony and misdemeanor drug arrests are down, with the latter down dramatically. So far this year, police have arrested 796 people on drug felonies, down 19 percent from the 978 arrests during the same period last year. But when it comes to drug misdemeanors, police have arrested only 38 people so far this year, down a whopping 91 percent from the 445 during the same period last year. The declines are a direct result of a policy decision made last year by Baltimore State's Attorney Marilyn Mosby to stop prosecuting certain drug offenses, including drug possession. Conservative local media is criticizing the policy, saying that it has allowed open-air drug dealing to flourish, but the police, the mayor's office, and Mosby's office all say open-air drug markets remain a priority.

Recent UN Report on Arbitrary Detention and Drug Policies Underscores Urgent Need for Reform, Includes Call for Drug Decriminalization. A recent United Nations human rights report details the widespread use of arbitrary detention in the drug war in countries around the world. The report from the UN Working Group on Arbitrary Detention (WGAD) finds that arbitrary detention in drug cases is swelling jail and prison populations precisely as the ongoing coronavirus pandemic highlights the need to reduce prison overcrowding. Arbitrary detention can include people arrested without a proper warrant or detained in ways that do not respect procedural rights. The report notes that states are required to uphold human rights obligations under international law, but that relying on harsh drug war policies creates sustained violations of those policies. "People who use drugs are particularly at risk of arbitrary detention," the report said, pointing to countries such as Bolivia, Brazil, Ecuador, Honduras, Mexico, and Peru, where people arrested on drug charges are automatically jailed pending trial, but also cited the use of torture, particularly in Mexico. The report ends with 17 recommendations, starting with a call to UN members to "decriminalize the use, possession, acquisition or cultivation of drugs for personal use, including the possession of associated paraphernalia." Other recommendations include calling for an end to drug courts, ending the participation of the military in drug enforcement operations, and protecting the rights of indigenous peoples to cultivate and use plants traditionally grown for spiritual, medicinal, and cultural purposes.

Cheech and Chong on New Comic Book Chronicles: A Brief History of Weed with Z2 Comics

Oregon County Declares State of Emergency Due to Illegal Grows

Rerolled from a High Times Original Article On day-one of Riot Fest, there was paranoia. Before music-lovers, which …
Read More 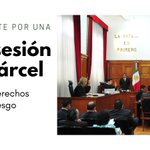 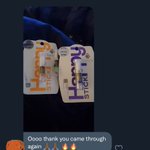 I’m going to put weed in my Halloween candy, that way when the news crew reports edibles found in Halloween candy, I know they will be talking directly to me. Cuz no one else is going to waste their weed or weed money on you. #JustIn #Halloween #Candy #Infused #Weed #MaryJane

Read about how cannabis mitigates symptoms of illness and disease in the “Clinical Applications of #Cannabis and #Cannabinoids”: https://t.co/vrZaZ6LnES 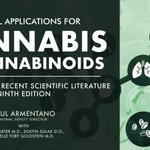 Want to learn more about #hemp and #cannabis? Check out the 300+ vendor booths and 90+ educational sessions at #THC2021 in #Dallas this November!

Get your tickets now: https://t.co/6dyAwJ47pj

Reply on TwitterRetweet on Twitter84Like on Twitter249
BUY CANADIAN WEED