California Psilocybin Decriminalization Initiative Now a Legalization Initiative. The latest version of the California Psilocybin Decriminalization initiative includes language that would legalize the production and sale of magic mushrooms, as well as decriminalizing their possession and use. "The personal, spiritual, religious, dietary, therapeutic, and medical use of Psilocybin Mushrooms by adults, including but not limited to the cultivation, manufacture, processing, production of edible products and extracts (with or without solvents) derived from Psilocybin Mushrooms, distribution, transportation, possession, storage, consumption, social consumption, on-site consumption, public events, farmers’ markets, and retail sale, whether or not for profit, shall be lawful in this state and is a matter of statewide concern," the initiative now says.

Indiana Police Used $400k In Asset Forfeiture Funds yo Boost Their Own Pay and Benefits, Audit Finds. A federal audit of Indiana law enforcement's use of federal asset forfeiture funds has found that police unlawfully used nearly $400,000 of those monies to increase their own pay and benefits. The federal "equitable sharing program" that distributes the funds does not allow police to use those monies for such expenses.

Kansas Lawmakers Punt on Asset Forfeiture Reform, Seek Review Instead of Passing Legislation. After an audit this pass summer criticized law enforcement for taking advantage of vague asset forfeiture laws, lawmakers debated whether to enact legislation to remedy the situation. Now, they've decided not to act this year, but to instead ask a judicial advisory group to review any potential changes. The House Judiciary Committee heard testimony last month on several measures, including one to require a conviction before property is seized, but opted to send the bills to the Kansas Judicial Council, an advisory committee in the judicial branch. Chairman Blaine Finch said the council would be able to study the bills more extensively than the Legislature would.

Senate Republicans File Bill to Impose Sanctions on Drug Cartels. Led by Sen. Tom Cotton (R-AR), a group of nine Republican senators last week filed the Significant Transnational Criminal Organization Designation Act, legislation that would subject certain foreign criminal organizations like drug cartels to sanctions, including immigration, financial, and criminal penalties. The process would be similar to the system used for designating entities as Foreign Terrorist Organizations (FTOs). Passage of the bill would allow the federal government to impose on the most significant Transnational Criminal Organizations (TCOs) the same sanctions that apply to FTOs.

Thai Justice Minister to Speed Up Kratom Decriminalization. Justice Minister Somsak Thepsutin says he will speed up the decriminalization of kratom. He said the Justice Ministry has formed a committee to study kratom-based medicines. "I will proceed with this project as soon as possible because legalization will truly benefit society," he said. Although kratom is not considered a scheduled drug by UN treaties, it has been illegal in Thailand since 1943, with possession punishable by up to a year in jail.

Zambia Legalizes Marijuana Production, But for Export and Medical Purposes Only. The government has approved a proposal to legalize marijuana production, but it will be restricted to exports and medical purposes. The government wants a $250,000 annual license fee from companies wishing to get into the business. Approval came last Wednesday during a cabinet meeting.

Rerolled from a High Times Original Article By the time the sun came up on Friday the thirteenth, …
Read More

Rerolled from a High Times Original Article If you have ever frequented a marijuana dispensary, chances are you …
Read More

10. So #alcohol appears to be at least 100 X as carcinogenic as #cannabis. But how can we inform people of these dangers. How about warning labels on bottles of alcohol? Not in Canada: https://t.co/n81OsDY8bI 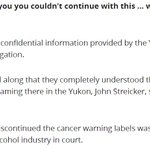 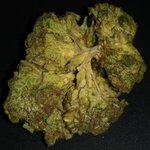 $IGPK .0008 very nice low ss Hemp stock at 52 week low, loading evident this is a great buy set and forget. This one can be very nice #hemp #marijuana #bottomalert 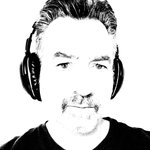 This is best argument legalize & regulate!

Reply on TwitterRetweet on Twitter17Like on Twitter47
BUY CANADIAN WEED