Ohio Marijuana Legalization Initiative Campaign Emerges. Some state medical marijuana growers are among a new coalition working on putting a marijuana legalization initiative before the voters in November. The proposed constitutional amendment would allow people 21 and over to buy, possess, and consume up to an ounce of marijuana and grow up to six plants. Existing medical marijuana businesses would get the first shot at the market, with state regulators deciding later on whether to issue additional licenses. Not all of the medical marijuana sector is behind the move, though.

Vermont Marijuana Sales Legalization Bill Heads for House Floor Vote. A bill to legalize and tax marijuana sales, Senate Bill 54, is now set for a House floor vote after winning the approval of the House Appropriations Committee on a 6-5 vote. The House floor vote should come later this week. The Senate passed the bill last year, but because of changes in the House, differences will have to be settled through a conference committee.

Colorado Bill to Reverse Drug Defelonization Gets Hearing Thursday. The House Judiciary Committee will hear a bill Thursday that seeks to undo a law passed last year that changed drug possession charges from felonies to misdemeanors. House Bill 20-150 seeks to undo the sentencing reform before it takes effect next month.

Colombia Ends Crop Substitution Monitoring Program with UN. The Colombian government has ended its cooperation with the UN Office on Drugs and Crime (UNODC) in monitoring coca crop substitution, a program the government of President Ivan Duque said it wanted to end. But ending the program would put the government out of compliance with its 2016 peace deal with leftist FARC guerrillas, so the government backed away from that. But refusing to monitor the program would block the UNODC from evaluating the effectiveness of planned forced coca eradication, recently announced by Defense Minister Carlos Holmes Trujillo and supported by the Trump administration. Previous UNODC reports have found that only a tiny 0.4% of voluntary eradicated crops had been replanted, while the number for forcibly eradicated crops was 80%, making the program quite ineffective.

Colombia Launches Military Push Against FARC Dissidents in National Parks. Defense Minister Carlos Holmes Trujillo said Monday the military will step up an offensive against FARC dissidents who have again taken up arms and are overseeing the clearing of thousands of acres of land in national parks for coca cultivation. Trujillo claimed the FARC dissidents were forcing peasants to clear the land and "commit a massacre against nature."

Israeli Prime Minister Netanyahu Says His Government is Exploring Marijuana Legalization. Prime Minister Benjamin Netanyahu said Monday his government is exploring legalizing recreational marijuana and is looking at Canada as a model. He said Justice Minister Amir Ohana "has begun work on the issue, and he will head a committee including professionals and Oren Leibovich, chairman of the [pro-legalization] Green Leaf Party, that will investigate importing the Canadian model for regulation of a legal market in Israel." Netanyahu, who is struggling to maintain power, has gone through two indecisive elections since last April and faces a third next month.

Ohio Cannabis Advocates Trying To Get Legalization On The Ballot

Study Indicates Cannabis Use Among Senior Citizens Has Spiked

Michigan Lawmakers May Ask Congress To Clarify Legality of Marijuana

Rerolled from a High Times Original Article Despite progress, there remains a disconnect between federal and state marijuana …
Read More 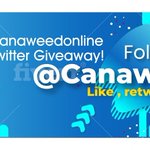 Will eating dank nugs get you stoned and improve your health, or is it just a waste of weed? 👅 🌿

My brother Danny would have been 63 tonight. He died at age 16, but wouldn’t have made it nearly that long if it weren’t for medical #cannabis which helped him eat, during chemotherapy for leukemia. Big impact on my medical career!

This is him (& Carl Sagan) teaching me to read. 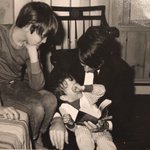 People strolling along Atlantic City’s boardwalk can now see something that’s never been there before – a marijuana dispensary. Acreage Holdings (OTC:ACRGF) announced on Tuesday it has opened …

People strolling along Atlantic City’s boardwalk can now see something that’s never been there before – a marijuana dispensary. Acreage Holdings (OTC:ACRGF) announced on Tuesday it has …

How to get medical cannabis in Utah 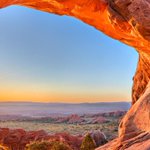 My brother Danny would have been 63 tonight. He died at age 16, but wouldn’t have made it nearly that long if it weren’t for medical #cannabis which helped him eat, during chemotherapy for leukemia. Big impact on my medical career!

This is him (& Carl Sagan) teaching me to read.

How to get medical cannabis in Utah 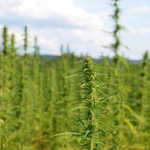 Reply on TwitterRetweet on Twitter2Like on Twitter1
BUY CANADIAN WEED