Major League Baseball to Allow Players' Marijuana Use. Major League Baseball has liberalized its stance on marijuana use by players. Under a memo released last month, players can now consume marijuana without risk of discipline, although they can't come to work under the influence and they can't enter into commercial agreements with marijuana companies. The league removed marijuana from its list of controlled substances last year.

DEA Proposes Allowing Mobile Methadone Programs. The DEA has filed a notice in the Federal Register that it is considering a proposed rule that would "revise the existing regulations for narcotic treatment programs (NTPs) to allow a mobile component associated with the registered program to be considered a coincident activity. The NTP registrants that operate or wish to operate mobile components (in the state that the registrant is registered in) to dispense narcotic drugs in schedules II-V at a remote location for the purpose of maintenance or detoxification treatment would not be required to obtain a separate registration for a mobile component. This proposed rule would waive the requirement of a separate registration at each principal place of business or professional practice where controlled substances are dispensed for those NTPs with mobile components that fully comply with the requirements of the proposed rule, once finalized. These revisions to the regulations are intended to make maintenance or detoxification treatments more widely available, while ensuring that safeguards are in place to reduce the likelihood of diversion." There are still 53 days to comment on the rule, which can be done at the link above.

Arizona House OKs Bill Legalizing Needle Exchange Programs. The House on Wednesday approved House Bill 2608, which would legalize needle exchange programs in the state as part of an effort to reduce disease and overdoses among illicit drug users. The bill now heads to the Senate.

Rerolled from a High Times Original Article Could recreational marijuana rest in the hands of local Louisiana governments? …
Read More

Khalifa Kush has me stuck… Lol 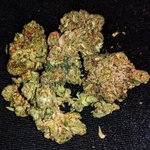 Aurora’s Amendment 64 Committee agreed on February 27 to move the proposal to raise the marijuana sales tax from 4 to 5 percent to a study session scheduled for March 23.
Revenues from the proposed tax … 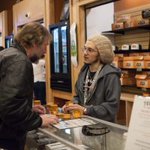 According to the study by researchers at New York University School of Medicine, the number of adults over 65 who used cannabis in 2019 increased 75 per cent between 2015 and 2018.
The portion of seniors … 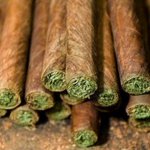 He has come to save the lost #Weed #StonerFam #WeedLife 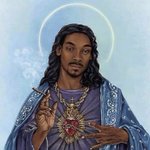 Statement from @Kassandra_Fred: “The bloodcurdling scream of the young man who was violently arrested for allegedly possessing #marijuana should shame New York policymakers. The time to have dealt with the laws that serve to justify interactions like this was long ago.” (1/) 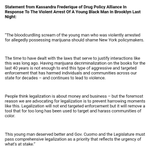 The “#cannabis industry” isn’t a monolithic entity the public can or can’t trust — I’d love to discuss this with Jonathan Caulkins. It ranges from hippies growing like they have for decades, to social justice activists, to alcohol & tobacco executives. Reductionism doesn’t work. https://t.co/WQhdFOfDPW

This week YOU can win a FREE Cannabis Consultation with Dr. Mary Clifton, during this Instagram Giveaway (https://t.co/Re2VKwvjAX)!

Man Caught With Rucksack Of #Cannabis Claims He's 'Buying In Bulk Due To Lockdown' https://t.co/Y016QXFURg 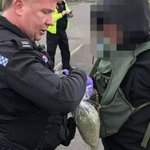 #Repost arcviewgroup with @get_repost
・・・
May we all lean into the good stuff that remains in these trying times!

Finally we are getting time to sit and finish the tasks which we couldn’t because of being on the go always. It’s time for us to finish our thesis which includes #cannabis but is not limited and subjects like… https://t.co/gN5hiM6zTm

A reality check - #Ganja is an #essential during this #pandemic and the #global #cannabis #industry is a proof with the stocks flying high at this time when everything else is crashing !