Massachusetts Governor, Cops Push High Driving Bill. Gov. Charlie Baker (R) on Monday pushed for passage of his administration's impaired driving bill. Introduced earlier this year, the bill aims to make it easier for law enforcement to crack down on people driving under the influence of marijuana. The bill would allow police to seek electronic search warrants and punish drivers who refuse drug tests. It would also bar open or loose pot packages in vehicles. Law enforcement officials who appeared with Baker also supported the bill.

Pennsylvania ACLU Sues County for Prohibiting Probationers from Using Medical Marijuana. The ACLU of Pennsylvania has filed a lawsuit against Lebanon County's policy prohibiting people who are on probation and who are registered medical marijuana patients from using their medication. The action will take the form of a class action lawsuit involving more than 60 people in the county who are on some form of community supervision and are medical marijuana patients. Although medical marijuana has been legal in the state since 2016, a Lebanon County judge ruled that medical marijuana is still illegal at the federal level, and county officials used that rationale to institute the policy. "The plain language in the medical marijuana law shows that the legislature intended to protect all patients, including those on probation," said Witold Walczak, legal director of the ACLU of Pennsylvania. "Judges may not agree with the Medical Marijuana Act or may not support people using marijuana for any reason, but they must follow the law."

Mexico Senate Leader Says Lawmakers Will Vote on Marijuana Legalization by Month's End. Sen. Ricardo Monreal, Senate leader of the ruling MORENA Party, said Monday that the Senate is just about done crafting a marijuana legalization bill after weeks of public forums and open-session debates and that a vote would come soon. "We’re thinking that we’ll bring the law out, approve it, at the end of October,"Monreal said. "That’s the schedule we have."

Scottish National Party Set to Back Drug Decriminalization. Scotland's largest political party, the Scottish National Party (SNP) is set to adopt a platform plank calling for drug decriminalization. The move to support relaxing laws against possession and consumption of drugs is expected to be passed at the party's annual conference in Aberdeen this weekend. The move comes as the country grapples with an overdose death crisis.

Rerolled from a High Times Original Article Vaping continues to make headlines around the country. Most recently, this …
Read More

Rerolled from a High Times Original Article With his history as a stand-up comedian, mercilessly mocking game show …
Read More

“When a state has legal #marijuana for medical or recreational use, what happens when an employee fails a drug test? Should he or she be punished, or, worse, fired? It’s a problem many public agencies and private companies face around the United States.”

Curious about the evidence behind Medical #Cannabis? Topics that are important for Canada’s health care decision-makers get plenty of attention from #CADTH. Read our evidence bundle here: https://t.co/R3o7tMrav2 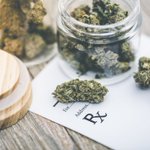 #Marijuana citations dropped for man who claims it was #hemp https://t.co/kCZ7V1Mq7u

Reply on TwitterRetweet on Twitter275Like on Twitter33
BUY CANADIAN WEED

Now that is a great opportunity!! #cannabis #delivery

Ok folks, this one is a unique and golden opportunity . We are looking for a Transportation and Logistics Manager for our rapidly expanding B2B division Pineapple Express Delivery . 3+ years working in logistics environment specifi…https://t.co/IWqnOWLmkL https://t.co/qSARDtcjLU