New Mexico Marijuana Legalization Bill Defeated in Committee. A bill backed by Gov. Michelle Lujan Grisham (D) to legalize marijuana was defeated in the Senate Judiciary Committee on a 6-4 vote after committee Chairman Joseph Cervantes (D-Las Cruces) harshly criticized it. That means the effort to pass SB 115 is likely dead for the year. There are only days left in the legislature's 30-day short session.

Alabama Medical Marijuana Bill Introduced. Sen. Tim Melson (R-Florence) has filed Senate Bill 154 to legalize the use of medical marijuana in the state. The bill is based on a study done by a commission of doctors, lawyers, and legislators. Melson was chair of that commission. Smokable and vaping marijuana products would not be authorized under the bill, only tablets, certain types of edibles and creams. Patients suffering from several conditions, including seizures, anxiety, autism, nausea, cancer and post-traumatic stress disorder could qualify for cards. patients who don’t suffer from any of the conditions listed in the bill could appeal to a board for special consideration.

Kentucky Medical Marijuana Bill Advances. The House Judiciary Committee voted Wednesday to approve House Bill 136, which would allow doctors to prescribe marijuana to patients suffering from conditions that would be determined by a panel of eight doctors, four public advocates and a pharmacist. The bill now heads for a House floor vote.

Alabama Bill to Criminalize Synthetic Urine for Drug Tests Advances. A bill that would make it a crime to use or distribute synthetic urine to thwart drug tests has passed the House. The measure now heads to the Senate.

Ohio Bill to Criminalize Synthetic Urine for Drug Tests Advances. A bill that would make it a crime to use or distribute synthetic urine to thwart drug tests has passed the Ohio Senate. The measure, SB 156, now heads to the House.

Rerolled from a High Times Original Article Does medical cannabis have a fighting chance in Alabama? The post …
Read More

Does Cannabis Have a Shot at Being Federally Legalized? 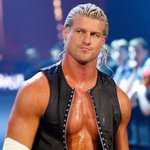 The legal #cannabis industry operators keep getting burned by the #blackmarket. The #greenmarket must compete by using similar #technology. We will continue harnessing the power of #crypto to transparently trade cannabis across international borders 🌎🌿

A guests leaves after making a purchase at Nature’s T … 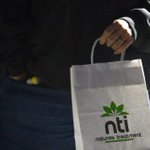 Grapefruit is a 70% indica dominant hybrid strain. The strain is produced by crossing Bubba and Grapefruit and it has an amazing 22% THC content.#Grapefruit #BubbakushxGrapefruit #UkGrown #THC #710 #UkCannabis #Cannabis #420 #HighTimes #710Society