A federal court says the DEA is doing what it needs to in processing marijuana research application, more opioid makers and distributors settle and pay out over the opioid crisis, the Honduran president's brother has been convicted of drug trafficking conspiracy in New York, and more.

Federal Court Dismisses Suit Against DEA over Marijuana Growing Applications. The US Court of Appeals for the District of Columbia dismissed a lawsuit against the DEA over the processing of applications for research-grade marijuana cultivators. The court found that since the case was filed in June, the DEA had fulfilled the requirement to process those applications.

Georgia Medical Marijuana Program Stalled. Six months after Gov. Brian Kemp (R) signed a bill allowing for the cultivation and sales of medical marijuana in the state, the program is stalled because he and other top political figures have yet to appoint the members of a commission that will oversee the expansion. Neither the governor or other key figures have explained the delay.

Utah Medical Marijuana Advocates Win Round in Lawsuit over Replacing Initiative. Medical marijuana advocates who are suing the state after the legislature replaced a voter-approved initiative with its own medical marijuana bill won an initial victory in court last Thursday when US Magistrate Judge Dustin Pead denied a motion from the attorney general's office to dismiss their lawsuit. He also accepted plaintiff's request to send the case back to state court.

Ohio Counties to Receive Millions in Settlement with Opioid Makers. Cuyahoga and Summit counties will receive at least $260 million from four opioid distributors and manufacturers as a settlement of their case against them for their role in the opioid epidemic. The four are drug distributors McKesson, AmerisourceBergen, and Cardinal Health as well as generic opioid painkiller maker Teva Pharmaceuticals. The only remaining defendant, Walgreens, did not settle, but now its case, which was set to begin Monday, is delayed.

Mexican Committees Unveil Marijuana Legalization Bill Ahead of Supreme Court Deadline. Mexican Senate committees unveiled draft marijuana legalization bills last Thursday, days ahead of a Supreme Court-imposed deadline, and said they would stay in permanent session to ensure they get legislation passed before the October 31 deadline. Votes could come this week. The bill would allow people 18 and over to possess marijuana, grow up to four plants, and purchase pot from licensed retailers. A new regulatory body, the Cannabis Institute, would handle licensing and monitoring implementation of the law, and poor people, small farmers, and indigenous people would have licensing priority.

Rerolled from a High Times Original Article Police in Peabody, Massachusetts are thanking residents for assisting in the …
Read More

High Science begins a series taking an objective view of drugs with an honest, unbiased analysis of long term and short term effects of drugs. We begin with a deep dive into weed and alcohol.

@fpw2020 But it actually was a good day for many pot stocks. $MJ closed higher for the day, on above average volume, after being down in the morning. And my Marijuana Millionaire Portfolio closed higher, but that could have my bias. #Cannabis

“Comparing the THC content in #marijuana products in 1995 to #cannabis products today is like drinking a light beer in 1995 vs a pint of vodka today.” – @Surgeon_General Rovenstine Lecture

Today’s #cannabinoids can have 80% THC!

My week on #cannabis!

Since we’re all doing this “highlighted metric” thing again. 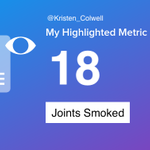 #Cannabis for #sleep? 🕊️💤
A world-first study of cannabinoids in chronic insomnia using high-density EEG is being conducted! 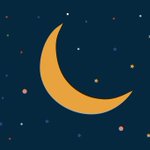 Reply on TwitterRetweet on Twitter8Like on Twitter7
BUY CANADIAN WEED