A federal judge hands a preliminary legal victory to proponents of a Philadelphia safe injection site, hundreds of pot industry figures call on Congress to deschedule marijuana as a means of grappling with the vaping crisis, and more.

Hundreds of Marijuana Companies Sign Letter Calling for Descheduling to Prevent Vaping Injuries. Some 800 marijuana industry executives have signed onto a letter to Congress calling on that body to deschedule marijuana as a means of reducing the risks of vaping black market marijuana products. The letter was delivered to Congress Thursday.

Majority of Americans Support Decriminalizing All Drugs, Poll Finds. A new poll from the libertarian-leaning Cato Institute finds a majority support decriminalizing all drugs. The poll of 1,700 adults found that 55% would rather treat drug offenses as infractions than as criminal offenses, with 44% opposed. Among Democrats, 69% favored decriminalization; among independents, 54%; among Republicans only 40%.

Federal Judge Rules Proposed Philadelphia Safe Injection Site Doesn't Violate Federal Law. US District Judge Gerald McHugh ruled Wednesday that a non-profit group's plan to open a safe injection site in Philadelphia does not violate federal law. The judge ruled that the "crack house" provision of the Controlled Substances Act does not apply to the group's bid to assist opioid users. "No credible argument can be made that facilities such as safe injection sites were within the contemplation of Congress" when that body wrote the law in 1986 or amended it in 2003, McHugh wrote. "I cannot conclude that Safehouse [the safe injection site] has, as a significant purpose, the objective of facilitating drug use. Safehouse plans to make a place available for the purposes of reducing the harm of drug use, administering medical care, encouraging drug treatment and connecting participants with social services."

1 in 25 Canadians Are Getting Stoned At Work, According To A New Survey

Rerolled from a High Times Original Article Forget going through the trouble of growing mushrooms. Researchers at Miami …
Read More

We are having a very special pro-#marijuana panel join us on #Kennedy tonight!
You’ll hear from:
·a former NFL player working as a #cannabis activist
·an investor and entrepreneur in the industry
·a professor and doctor of medical cannabis
Send in your questions NOW!

Yeah I smoked weed before every NFL game to deal with anxiety. It was a better option and worked better for me than the medications the doctors had me on. I was high during every game of my career and it helped me! 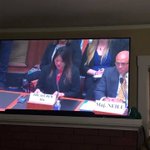 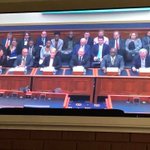 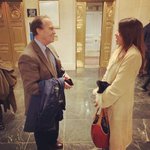 There’s much more to #cannabis than #THC. We are helping consumers (literally) see this at #Leafly. You can even create your own strain and find those that may have similar chemistry nearby. Try it out here: https://t.co/9IxFPw03AA @drmikehart @HamiltonMorris @Erowid @joerogan 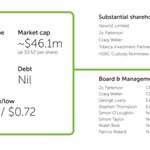 The Black community has left bondage to be stuck on stupid, stuck on addiction in another form of perpetual slavery…
to drugs & a culture glorifying intoxication.