Connecticut Top Lawmakers File Governor's Marijuana Legalization Bill. Senate President Pro Tem Martin Looney (D) and House Speaker Joe Aresimowicz (D) on Thursday filed the "Governor's Bill" (SB 16) to legalize marijuana. The measure supported by Gov. Ned Lamont (D) would allow people 21 and over to possess and buy up to an ounce and a half of weed from a licensed retailer. The measure also includes several social equity provisions, including expungement, allowing those with past convictions to work in the industry, and language that would support businesses operated by people from communities most harmed by the drug war. The bill will now be heard by the Joint Judiciary Committee.

South Dakota Hemp Bill Advances. A bill to legalize the growth and transportation of hemp in the state, HB1008B, passed out of the House Agriculture and Natural Resources committee Thursday morning. The bill was first heavily amended by a skeptical Gov. Kristi Noem (R), who vetoed a similar bill last year. The measure now heads for a House floor vote.

San Francisco to Open Street Meth Treatment Center. The city is set to open a center for people experiencing methamphetamine-induced psychosis in the Tenderloin neighborhood later this spring. The 24-hour center, to be located on a city-operated parking lot, is aimed at getting people off the streets and connecting them with treatment and other services. It will include two tents housing 15 beds each.

Philippines Drug War Enforcement Chief Says "Shock and Awe" Campaign Has Failed. Coloneal Romeo Caramat, head of drug enforcement for the Philippine National Police, has said the President Rodrigo Duterte's ultra-violent drug war has not been effective. "Shock and awe definitely did not work, he told Reuters. "Drug supply is still rampant. Crime has declined somewhat, he added, but drug users can still buy drugs "anytime, anywhere" in the country. A Duterte spokesman declined to comment on Caramat's remarks, but last month said "we are winning the war on drugs."

Few cannabis consumers understand what the THC numbers on packages of cannabis edibles really mean, according to a …
Read More

‘Grow Your Own Medical Marijuana’ Bill Advances in N.H. Legislature

Rerolled from a High Times Original Article The latest ganja news for the Granite State. The post ‘Grow …
Read More

Our final interview of the day has been with Alex Rogers @IntlCBC. The interview will be on our website soon, where we discuss his inspirations and success, alongside issues such as #legalization, the evolution of the #Cannabis industry, and what #Europe could learn from the USA.

Custom logo design for our client… Vote for this design!! Double Tap if you like this design!
.
If you want us to design your logo, you can Book session or Email us creativegurudesignstudio@gmail.com

America’s #cannabis industry is set to create 330,000 jobs by 2022. These jobs should be good-paying union jobs.

Illinois workers with @881UFCW made history with the state’s first cannabis union contract. Let’s keep that momentum going! #1u #UnionsForAll 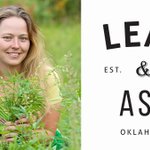 The Worst Places in the World to Get Busted with #Cannabis: https://t.co/5584R1M44A via @viceindia @ManishaKrishnan 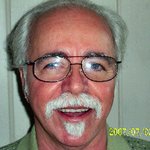 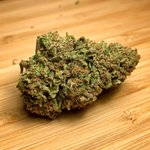 GW announces that DEA has de-scheduled #Epidiolex (or #Epidyolex as it's spelled in Europe). This, the first licensed #CBD medicine, is no longer a controlled drug #cannabis #drugspolicy https://t.co/sXR40Os6Ri 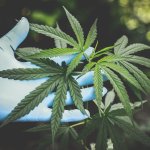