Connecticut Lawmakers Hold Hearing on Marijuana Legalization. Members of the Judiciary Committee held a hearing on marijuana legalization Monday. The topic was details of a legalization proposal, Senate Bill 6, from Gov. Ned Lamont (D). Under Lamont's proposal, possession of up to 1.5 ounces would be legal for people 21 and over and past pot possession convictions would automatically be expunged for people convicted before 2015. Lawmakers heard from the public, and the committee's next step is a meeting where lawmakers can voice their opinions and then vote on the bill.

Maine Legal Marijuana Sales Pushed Back Three Months. Voters legalized marijuana in the state in 2016, but legal sales have yet to happen, and now they're being pushed back another three months. The problem is time-consuming license applications for pot businesses. Applicants must first receive a conditional state license, then get local approval, then return to the state for an active license. The Office of Marijuana Policy says it has received 200 applications, with 80 of them complete enough for regulatory review.

Florida Bill to Cap THC Levels Hits Snag. An amendment to an appropriations bill that seeks to limit medical marijuana to no more than 10% THC for patients under 21 has hit a snag in the Senate. Senate Health Policy Chairwoman Gayle Harrell, (R-Stuart) introduced the proposal Monday and tried to add it to a Department of Health appropriations bill but has now removed it after facing questions from members of the Senate Rules Committee.

Utah Sees First Dispensary Open. The Beehive State's first medical marijuana dispensary opened in Salt Lake City Monday. Dragonfly Wellness on State Street beat everyone else to the punch. Thirteen other dispensaries are expected to open across the state this year.

Trump Says Colombia Will Have to Restart Spraying of Coca Crops. During a meeting with Colombian President Ivan Duque, US President Donald Trump said Colombia will have to restart its aerial spraying program in order to destroy the country's coca crop. "You're going to have to spray," Trump told journalists at a White House meeting with Duque. "If you don't spray you're not going to get rid of (the coca), so you have to spray with regard to the drugs in Colombia." Colombia suspended aerial spraying of the crop in 2015, after the World Health Organization linked glyphosate to environmental harm and cancer risks.

Mexico Congress to Debate Marijuana Legalization This Week. The Mexican congress will debate a 228-page marijuana legalization bill this week. It would allow people 18 and over to possess up to an ounce, with possession of more than an ounce but less than 200 grams decriminalized. People could also grow their own crop as long as their harvest is less than 480 grams. Possession of up to 200 grams would be decriminalized. The Mexican Institute of Regulation and Control of Cannabis, a decentralized body established under the measure, would be responsible for regulating the market and issuing licenses for marijuana businesses. There would be a 12% tax on retail marijuana sales.

Demand for Medical Marijuana in Missouri Once Again Exceeds Projections

Rerolled from a High Times Original Article According to the latest data, officials in Missouri underestimated how many …
Read More

Rerolled from a High Times Original Article Is Michigan trying to phase out caregiver-grown cannabis products? Rerolled from …
Read More

Rerolled from a High Times Original Article “There is no place for drugs at a child’s hockey tournament.” …
Read More 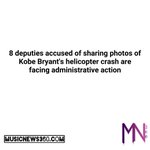 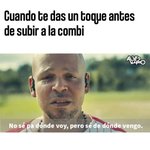 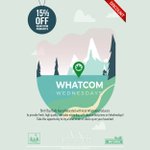 @isayray Patients using medical cannabis to treat the side effects of cancer require a higher level of THC. Who are you to interfere? @GovRonDeSantis #mmj #cannabis