Joe Manchin thinks his constituents would use child tax credit payments to buy drugs, a state of emergency in San Francisco could clear the way for a safe injection site, and more.

Congress Will Take Up Marijuana Reform in the Spring. In a memo to the Congressional Cannabis Caucus last Thursday, Reps. Earl Blumenauer (D-OR) and Barbara Lee (D-CA) wrote that so-far stalled marijuana reform legislation would be taken up in the spring. "The growing bipartisan momentum for cannabis reform shows that Congress is primed for progress in 2022, and we are closer than ever to bringing our cannabis policies and laws in line with the American people," they said. There are dozens of marijuana-related bills before Congress, ranging from full-out legalization to bills seeking to ease access to financial services for state-legal marijuana enterprises, as well as narrower bills dealing with topics such as legal marijuana sales in Washington, DC, and opening up opportunities for research on PTSD, among others.

New Mexico Judge Rules Medical Marijuana Patients Can't Buy as Much Marijuana as Recreational Users. Second Judicial District Court Judge Benjamin Chavez ruled last Thursday that medical marijuana patients cannot purchase the same amount as non-patients when recreational-use sales begin. In so ruling, he rejected a claim from a medical marijuana patient that he should be able to buy as much marijuana as a non-patient consumer. "Petitioner has failed to establish that he, as well as qualified patients, qualified caregivers, and reciprocal patients, have a clear legal right to purchase an additional two-ounces of medical cannabis, tax free, at this time, under the Cannabis Regulation Act," Chavez wrote. Under the state's medical marijuana program, patients are allowed to purchase just over seven ounces in a 90-day period. The state Medical Cannabis Program has proposed upping that limit to 15 ounces.

Colorado Activists File Psychedelic Therapeutic and Full Psilocybin Legalization Initiatives. A national advocacy group, New Approach PAC, has filed two separate psychedelic reform initiatives—both with the same title, the Natural Medicine Healing Act—one of which would legalize the possession and personal cultivation of psilocybin mushrooms and the other which would create a system of licensed businesses to produce natural entheogens for therapeutic use at "healing centers." The campaign builds on psilocybin decriminalization in Denver in 2019, the first such move in the country. Meanwhile, Oregon voters approved therapeutic psilocybin last year.

Joe Manchin Privately Told Colleagues Parents Use Child Tax Credit Money on Drugs. Among Sen. Joe Manchin's (D-WV) reasons for announcing he would not support President Biden's Build Back Better bill was one that he didn't say out loud: That "he thought parents would waste monthly child tax credit payments on drugs instead of providing for their own children," the Huffington Post has reported, citing "two sources familiar with the senator's comments." The child tax credit has provided families with $300 a month per child, cutting childhood poverty rates nearly in half. The Post reported that "Manchin's comments shocked several senators," but are in line with other reported comments that he thought people would use proposed sick leave to go hunting.  It also echoes long-standing conservative talking points about welfare.

San Francisco Mayor Declares State of Emergency in the Tenderloin. Mayor London Breed (D) declared a state of emergency in the city's Tenderloin district last Friday aimed at combatting rising crime, drug use, and homelessness there. The declaration allows city officials to suspend zoning laws to create a site that would offer shelter and mental health services to people suffering from drug addiction. Fully one quarter of all overdose deaths in the city last year took place in the Tenderloin. The move comes after the city Board of Supervisors approved the purchase of a building in the Tenderloin to house a proposed safe injection site. The declaration also takes aim at crime in the neighborhood. "We are in a crisis and we need to respond accordingly," Breed said. "Too many people are dying in this city, too many people are sprawled on our streets."

Rerolled from a High Times Original Article Five years into legal adult-use cannabis sales in California, and the …
Read More

The Winners of The Cannabis Cup Nevada: People’s Choice Edition 2021 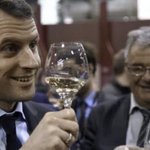 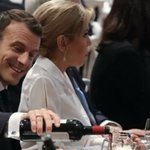 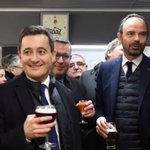 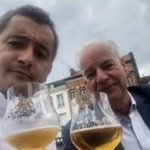 Lawmakers in the island nation of Malta (population 525,000) have approved legislation permitting the personal possession of #marijuana by adults without penalty.
https://t.co/dgpYarITxb

Medical marijuana and autism: ‘I’m getting my boy back,’ mom says 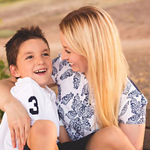 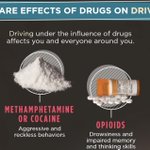 Use code LITMAS at checkout for 25% off your order!!! https://t.co/3KnARLpMtM #cannabis #hemp #HappyHolidays #ChristmasSale #staylit 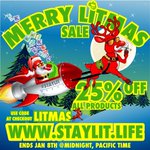