Four years ago, Colombia's decades-long civil war officially came to an end when the leftist rebels of the FARC signed a peace agreement with then-President Juan Manuel Santos. The accord envisioned the demobilization of the FARC as a military force and the use of alternative development to wean peasant farmers from their coca crops and end the country's reputation as a cocaine capital.

Four years on, it is probably unfair to call the peace deal a failure, but it hasn't exactly produced the hoped-for results. President Santos completed his term and was replaced by rightist Ivan Duque, who is much less enthusiastic about the accords and whose administration has lagged at implementing the alternative development provisions of the peace deal.

The FARC did demobilize, but last year, after at least 139 FARC members who had laid down their guns were murdered, dissident FARC leaders announced they were rejoining the path of armed struggle, taking several thousand fighters with them. In taking up arms once again, the FARC dissidents rejoined a vicious, multi-sided fight for control of the cocaine trade that never went away. That fight includes gangs from across the border in Venezuela, rightist paramilitary bandas, two different factions of the leftist National Liberation Army (ELN), the Colombian military, and at least two major Mexican drug cartels, Sinaloa and Jalisco New Generation.

Meanwhile, the Trump administration now views Colombia less as a principal ally in the region and more as a chess piece to be used against the Venezuelan regime of Nicholas Maduro. When it comes to the issue of coca and cocaine, the administration has taken a hard line that harkens back to the days of Plan Colombia. This year, Trump has demanded that Columbia resume spraying of coca crops, proposed an assistance package that slashes economic development aid while nearly doubling anti-drug funding, and deployed a US army brigade to Colombia on a drug-fighting mission.

This week, the Drug War Chronicle got on the phone with Vanda Felbab-Brown, a senior fellow in the Center for 21st Century Security and Intelligence in the Foreign Policy program at the Brookings Institution. She is the co-director of the Brookings series on opioids: "The Opioid Crisis in America: Domestic and International Dimensions." Previously, she was the co-director of the Brookings project, "Improving Global Drug Policy: Comparative Perspectives Beyond UNGASS 2016," as well as of another Brookings project, "Reconstituting Local Orders." Felbab-Brown is an expert on international and internal conflicts and nontraditional security threats, including insurgency, organized crime, urban violence, and illicit economies. Her fieldwork and research have covered, among others, Afghanistan, South Asia, Burma, Indonesia, the Andean region, Mexico, Morocco, Somalia, and eastern Africa. She is a senior advisor to the congressionally mandated Afghanistan Peace Process Study Group.

Here's what she had to say:

On the disappointing results of the 2016 accord:

"The peace deal was significant, but produced incomplete results," said Felbab-Brown. "One reason is that non-state actors persisted. The other reason is that the Duque government doesn't like that deal, so it has a policy of death by a thousand cuts, doing the minimum necessary to appear to comply with the law produced by the peace deal while really doing very little.

"The deal was extremely optimistic both in process and in implementation," she argued, pointing to the example of Thailand, where some 30,000 acres of opium poppies were being grown in the 1960s and even with a highly sustained commitment from the Thai monarchy, it took 30 years to end the practice.

"That's only one-tenth of the issue Colombia struggles with," she noted. "The idea that peace would eliminate coca production was unrealistic, but it was necessary to sell the peace plan to the public. People thought that if there was coca, the fighting would persist. And the need to sell it to the United Nations meant people had to emphasize it as part of alternative development.

"The notion that everyone would be asked to get rid of their coca to go through the compensation process created the mess we are seeing now," she said. "Even if it was not possible to bring in enough resources to accomplish this at the national level, it was worsened by Duque's dislike of the policy and his slowing down of rural development efforts. But it still wasn't going to happen in three years of payments and then no more coca. They've tried that about 20 times before, and it always crashed. There's no reason to believe this would be any different."

[image:2 align:right caption:true]"The Trump administration has been back to the 1980s with a rigid, doctrinaire view centered on supply-side policies," she observed. "That said, it has come with some surprising mutations that you wouldn't expect from a regular Republican administration, as when in 2016 it threatened to decertify Colombia as not living up to US-imposed drug fighting objectives. Republicans were consternated, and so were the Colombians, who expected that Trump would be close to Duque. Trump likes rightist governments and a heavy military emphasis. The administration has been weak dealing with the opioid crisis at home and focused on heavy eradication in Colombia. And Trump has really degraded Colombia. Previous administrations saw it as a principle ally and partner in South America, but Trump views Colombia principally as a platform against Venezuela.

"Trump has two objectives in Colombia: Venezuela and drugs," Felbab-Brown said. "On the drug side, he wants aerial spraying with US contractors. It depends on the day or the month whether drugs or Venezuela is first on the agenda, but Venezuela tends to dominate."

Whether the Trump administration can bend the Colombian government to a deeper role in its anti-Maduro machinations remains to be seen, but that may be a dead end now, anyway, Felbab-Brown said.

"Coca kind of competes with Trump's focus on Colombia as a source of policies against Venezuela, and while Duque is more forward leading in that regard that former president Santos, he realizes he can't risk war or meltdown in Venezuela," she said. "So they've been trying to satisfy Trump without causing a real blowup without any real strategy. After that Guido stunt with the food aid, both the US and Colombia have been left without any kind of way forward."

If she were advising the Colombian and US governments, Felbab-Brown said, she would emphasize consolidating the zonas de futuro, where the Duque government is trying to introduce a government presence in five abandoned regions where armed groups and drug trafficking flourish, making up less than three percent of the national territory, instead of worrying about coca eradication.

[image:3 align:left caption:true]"A key line of effort would be to think through how the zonas could be made viable, how best to maximize the policy engagement in the zonas and how to expand them. A key problem with earlier versions of this strategy is that if you succeed, you end up with patches of government presence unconnected to anything else. They need to be made contiguous and connected," she argued.

"I would not care about eradication that much," Felbab-Brown said. "Although it would be unrealistic for a US administration to say that, it would strongly suggest it is not our metric. While Congress can put on pressure for more eradication, I would try to think about where it doesn't cause too much harm to the objective of stabilization. Much of the thinking in both governments is that eradication enhances stability, but it actually hampers it," she said.

"Instead, think about progress in reducing violence in strategic areas. How can we minimize the presence of the bandas, the Venezuelan groups, the Sinaloa and Jalisco New Generation cartels, both of whom are active in Colombia. How can we neuter them or push them out? This is what I would be thinking."

"At a broader strategic level, I would try to persuade Duque to make a much greater effort in rural development and equity, all that. We'll never make Duque into Santos, but perhaps a better version of himself.

On legalization as a solution:

Felbab-Brown was leery of legalization as a solution.

"It's a fantasy in terms of feasibility," she said. "Who is going to legalize cocaine? Not even Switzerland of the Netherlands would go there. And I'm not persuaded it would address the reasons why Colombia is so violent. If you legalized the coca crop, what is the guarantee that these same actors wouldn't be able to get their hands on the coca fields?" she asked.

"There is also a big fallacy in believing that violent actors have control because the commodities are illegal," she argued. "If anything, the conflict is just about coca, but timber, gold, and rare minerals—all legal commodities. These non-state actors are deeply involved in those economies, the dissident groups are interested in the diversification of their portfolios. In Choco, for instance, where there is some of the most intense fighting, some of it is about coca, but more of it is about control of timber and the port. The FARC dissidents, the bandas, the ELN, Sinaloa and Jalisco, they're all there."

"The issue is not fundamentally about whether the commodity is legal or not. Look at the fighting over avocados in Mexico. You can argue for legalizing marijuana or poppies, but legality or illegality is not the crux of the issue. If Mexico wants to legalize poppies, it needs to fix its collapsed law enforcement first."

#Democrats have too many #WhiteModerates as #Party #Elite ~
#JimCrow #RuleOfLaw 1915 El Paso, Texas the man calls #Cannabis a food #Marijuana a drug for the #DrugWar ~
Actually rich folks wanted to make Drugs from #Petrol #Chemicals to increase Profits ~ #AmericaFirst = #Fascism

Claire McCaskill is a progressive … 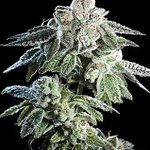 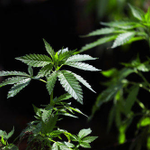 Alberta sold $42.2 million of #cannabis out of their 451 retail stores in April showing a 4.7% increase over March. https://t.co/DVooKFyLfr #cannabisretailer #retailcannabis 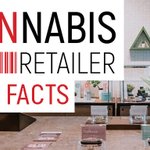 Tell your unique story with a custom website for your cannabis business!
— 420 Web Designs 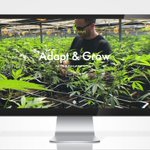