Coronavirus is having differential impacts on the illicit drug trade, Michigan groups push to end the state's drug felon foodstamp ban, Colombian rebels call for a coronavirus ceasefire, and more.

Michigan Bill Would Hike Heroin, Fentanyl Sales Penalties. State Rep. Brian Elder (D-Bay City) has filed a bill, HB 5627, that would increase penalties for the manufacture and delivery of heroin, fentanyl, and other synthetic opioid drugs. The bill is now before the House Judiciary Committee.

Michigan Groups Call on Governor to End Food Stamp Ban for Drug Felons. A coalition of 25 organizations led by the Center for Employment Opportunities is calling on Gov. Gretchen Whitmer (D) and legislative leaders to end a longtime state policy that permanently bans residents with two or more drug felony convictions from receiving food stamps. The ban is a federal ban, but most states have already moved to receive waivers to avoid enforcing it. The groups say the ban makes it more difficult for people to make the transition from prison to civilian life.

Coronavirus Drives Dealers Online as Drugs Supply Soars. The cyber intelligence company Sixgill is reporting that dark web drug sales offers soared nearly 500% over the first few months of this year as drug dealers took to the web to continue doing business in a time of social distancing. The number of drug items for sale on dark websites monitored by Sixgill jumped from 4,154 in December 2019 to more than 24,000 by April 2020. MDMA postings more than doubled, marijuana postings increased more than five-fold, and cocaine postings jumped 10-fold. "Feedback, while an imperfect metric for purchase volume, is a reliable indicator of the rate of transactions," Sixgill explained. "Feedback volume for cannabis, cocaine, and MDMA all nearly doubled over the past half year."

Coronavirus Hits the Cocaine Supply Chain. The coronavirus pandemic is destabilizing the delicate balance in the Andes that the cocaine trade relies on. Lockdowns enforced by soldiers and police have caused trafficking routes to constrict, driving down the price of coca for the more than 237,000 families in Colombia, Peru, and Bolivia who depend on it. In the latter two countries, the price of coca has dropped to from one-third to one-sixth of previous levels. "We’re concerned about feeding our families because the price of coca continues to drop," said Bolivian coca union leader Albino Pinto. "We face restrictions in moving coca and other goods to the central market. This is blocking both local consumption and export, but our production continues at the same level." But the cocaine trade continues: "Drug traffickers have become more agile in shifting routes and modifying strategies," according to Kathryn Ledebur of the Andean Information Network. "Given the harsh reality for those who survive at the lowest rungs of the cocaine trade, pandemic control, just like drug control doesn’t stop this business."

Colombia ELN Rebels Would Back Temporary Ceasefire to Help Contain Spread of Coronavirus. The National Liberation Army (ELN), which remains in rebellion against the government in Bogota and is involved in coca and cocaine production, has said it would be willing to take part in a three-month ceasefire to help quash the coronavirus. United Nations Secretary General Antonio Guterres called for a global ceasefire back in March. The ELN said it was waiting for a response from the government of President Ivan Duque.

Users of high-potency cannabis are four times more likely to report associated problems, and twice as likely to …
Read More

Rerolled: May 28, 2020 | #STDW One Arkansas marijuana legalization campaign calls it quits for this year, the …
Read More

Look at this daily $RVDO volume🤓
They’re buying out https://t.co/zDmNcy0KD6 per BINDING LOI
This #Cannabis reverse merge is as impressive to us as $GRNF is but on a mini-me scale. It may top out in the $40 PPS range if our estimates are on🎯

Learn what it’s like to be high & how to avoid a bad trip if you want to try cannabis but aren’t sure what to expect physically and mentally. In our new post “What Does It Feel Like to Be High?” 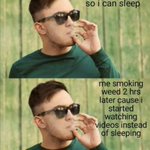 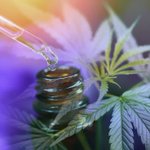