Legislators in a pair of red states attempt to deal with mounting pressure for medical marijuana, a Washington state bill moves to end employment-related marijuana testing, and more.

Rhode Island Governor Renews Push for Marijuana Legalization. Gov. Dan McKee (D) has included marijuana legalization in his Fiscal Year 2023 budget, calling for the "phased-in introduction of retail licenses." The state Senate overwhelmingly approved marijuana legalization in the last session, but the legislature adjourned with no vote in the House. Lawmakers are reportedly working on a compromise between the Senate bill, which envisioned up to 150 retail outlets, and the governor's initial plan, which called for only 25 retail licenses. Both the Senate bill and the governor's plan include social equity provisions.

Washington State Bill Would End Employment Drug Tests for Marijuana. State Sen. Karen Keiser (D-Des Moines) has sponsored Senate Bill 5517, which would amend the state's employment drug testing law to exclude marijuana—with a couple of notable exceptions. One exception would allow employers to continue to screen for marijuana if they create "drug-free workplace" complete with written policies, employee education and supervisor training. The other exception would be for federal employees, because marijuana remains federally illegal.

Idaho Bill Would Allow Use of Spray Derived from Marijuana. A pair of Republican legislators have filed a bill, House Bill 446, that would allow people suffering from multiple sclerosis and other neurological disorders to have access to a pain relief spray derived from marijuana. The spray, nabiximols, is manufactured by GW Pharma and is currently undergoing clinical trials for possible approval by the Food & Drug Administration. Nabiximols contains a mix of CBD and THC. Nabiximols would be the second such drug. It contains a mix of CBD and THC, the psychoactive component in marijuana. The legislation was introduced in the House Health and Welfare Committee on a voice vote and can now come back to the committee for a public hearing. Idaho has been one of the most recalcitrant states when it comes to marijuana law reform. Last year, a medical marijuana bill in the House didn't even receive a hearing, while the Senate approved a constitutional amendment that would give the legislature—not voters in an initiative—sole authority to legalize marijuana or any other drugs.

Nebraska Restrictive Medical Marijuana Bill Filed in Bid to Blunt Initiative Campaign. Conservative state Sen. Mike Groene (R-North Platte) has filed a bill, LB 1275, that would allow patients with stage IV cancers, uncontrollable seizures, severe or persistent muscle spasms caused by multiple sclerosis or muscular dystrophy, or a terminal illness with a life expectancy of less than one year to possess up to 2.5 ounces of marijuana in the form of an oil or pill. Patients under 19 would need written certification from three different practitioners. Groene was open that his bill is an effort to blunt an ongoing medical marijuana initiative campaign. "I don’t want it to pass," he said. "I want the elected officials in charge of the future of this, to define it and change it over time if necessary, to have the medical people in (the Department of Health and Human Services) write the bills."

DEA Proposes Labelling Five Psychedelic Tryptamines as Schedule I Controlled Substances. The DEA announced last Friday that it intends to criminalize five tryptamines as Schedule I controlled substances. The five are: 4-Hydroxy-N,N-diisopropyltryptamine (4-OH-DiPT), 5-Methoxy-alphamethyltryptamine (5-MeO-AMT), N-Isopropyl-5-Methoxy-N-Methyltryptamine (5-MeO-MiPT), N,N-Diethyl-5-methoxytryptamine (5-MeO-DET), and N,N-Diisopropyltryptamine (DiPT). The agency has been monitoring the substances as drugs of concern for more than two decades, sent data on them to the Department of Health and Human Services in 2008 and received medical and scientific reports on them from DHS in 2012. Last year, the agency noted that, "These five tryptamines have no known medical use in the United States and are not marketed internationally as approved drug products. They have all been reported as drugs of abuse in the US by law enforcement authorities and identified in seizures." It's not a done deal yet, though. Anyone can visit the Federal Register to comment on the proposal until February 14. Some psychedelic sciences companies have already registered their objections.

Austin, Texas Cannabis Decriminalization Initiative Set for Ballot in May

Rerolled from a High Times Original Article Officials in Austin, Texas have officially given the green light to …
Read More

Rerolled from a High Times Original Article New York is poised to collect $1.25 billion in revenue from …
Read More

Utah Lawmaker Files Bill To Explore Therapeutic Use of Psychedelics 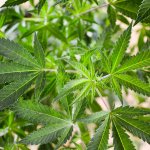 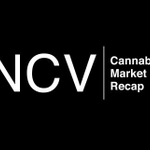 #cannabiscommunity #marijuana #cannabis BPD: Pop-up shop with marijuana distribution could have played a role in the shooting of four adults over the weekend

Malta, a tiny nation in the Mediterranean Sea, has just become the first European nation to fully legalize marijuana. It did so by an act https://t.co/YHdTSxLks6