A Czech marijuana magazine editor gets convicted of promoting "toxicomania," the DEA has to return money it stole from Americans in two separate cases, New Yorkers rally for sentencing reform, and more.

GOP House Member Files Federal Marijuana Legalization Bill. Rep. Nancy Mace (R-SC) introduced the States Right Act, which would legalize marijuana at the federal level. It would do so by removing marijuana from Schedule I of the Controlled Substances Act, leaving it up to the states to set their own marijuana policies. The bill would also set a 3 percent federal excise tax and release and expunge the records of those convicted of federal marijuana offenses. Mace said her bill represented a compromise that could gain support from both Republicans and Democrats.

Wisconsin Bipartisan Bill Would Lighten (Most) Marijuana Penalties. Rep. Sylvia Ortiz-Velez (D-Milwaukee) and Rep. Shae Sortwell (R-Two Rivers) have filed a bill that would lessen penalties for marijuana possession in most of the state, but increase fines in some of the state's largest cities, including Madison and Milwaukee, where the fine for pot possession is $1 in the former and $0 in the latter. Under current state law, pot possession is punishable by up to a $1,000 fine and six months in jail. Under the new bill, the maximum penalty would be a $100 fine with no possibility of jail time. Marijuana reforms have so far gone nowhere in the Republican dominated legislature, which has refused to pass even medical marijuana.

DEA Forced to Return $100,000 Stolen from Two Victims. Twice in the past week, the DEA has been forced to return money it seized from travelers as they tried to board flights at domestic airports. Although it is not illegal to carry large sums of cash, in both cases, the DEA decided the cash had to have been illegally obtained and seized it. In one case, New Orleans resident Kermit Warren had $30,000 he was carrying to buy a tow truck seized by agents in Cincinnati. Only afte Warren's lawyers presented corroborating evidence to prosecutors back down, agree to return his seized money, and dismiss the case "with prejudice," being they cannot go after the money later. In the second case, with the same elements—a US airport, a domestic flight, the presence of cash, and unsubstantiated claims about drug trafficking—the DEA seized $69,000 from New York filmmaker Kedding Etienne. But Etienne, too, fought back and prevailed, but only after rejecting an offer to drop the case after the DEA skimmed 10% off the top.

US Overdose Deaths Topped 100,000 in One Year, CDC Says. An estimated 100,300 Americans died of drug overdoses in the period from May 2020 to April 2021, the highest one-year death toll ever, according to provisional estimates from the Centers for Disease Control and Prevention (CDC). That's a jump of 30 percent over the previous year. Experts point to the prevalence of fentanyl in the unregulated drug supply and the social isolation of the coronavirus pandemic as major drivers of the increasing toll. "This is unacceptable and it requites an unprecedented response," said Dr. Rahul Gupta, director of National Drug Control Policy (ONDCP—the drug czar's office). Fentanyl was implicated in nearly two-thirds of overdose deaths, other opioids in about 12 percent, and non-opioid drugs were implicated in about a quarter of the deaths.

New York Activists Rally for Sentencing Reforms. Activists rallied all across the state on Wednesday to demand sentencing reforms under the rubric Communities Not Cages. Arguing that current laws are unfair and disproportionately target communities of color. The campaign is also calling for the passage of a trio of reform bills, the Eliminate Mandatory Minimums Act, the Second Look Act, and the Earned Time Act. The first would eliminate mandatory minimums and the state's three-strikes law, the second would allow imprisoned people to seek resentencing after serving either half of their sentence or 10 years, and the third would increase "good time" laws to allow prisoners to earn more time off their sentences.

Afghanistan's Opium Production Continues to Rise, UN Report Says. Even as the country's Western-backed government was crumbling in the face of a Taliban advance this past summer, Afghan opium production was on the increase, the UN Office on Drugs and Crime (UNODC) reported Wednesday. The 2021 harvest was some 6,800 tons of opium, up 8 percent over 2020. That generated between $1.8 and $2.7 billion for the Afghan economy, but "much larger sums are accrued along illicit drug supply chains outside Afghanistan," it added. The Taliban has threatened to ban the crop, but faces the reality that opium—which accounts for 10 percent of the national economy—is a mainstay for thousands of families. "There is no work, all the families are in debt, and everyone’s hope is opium," farmer Mohammad Wali explained.

Czech Marijuana Magazine Editor Convicting of Promoting "Toxicomania." Robert Veberka, the editor of the magazine Legalizace, and the magazine itself have been convicted in a district court in the town of Bruntal of inciting and promoting "toxicomania." Veverka was sentenced to 2 ½ years of probation, with a one-year jail sentence hanging over his head. Judge Marek Stach conceded that the magazine provided comprehensive information and expert opinion, as well as insight into medical marijuana, but ruled that some articles could "incite" readers to acquire the means to grow marijuana themselves.

Michigan Works to Limit Amount of Cannabis Caregivers Can Grow 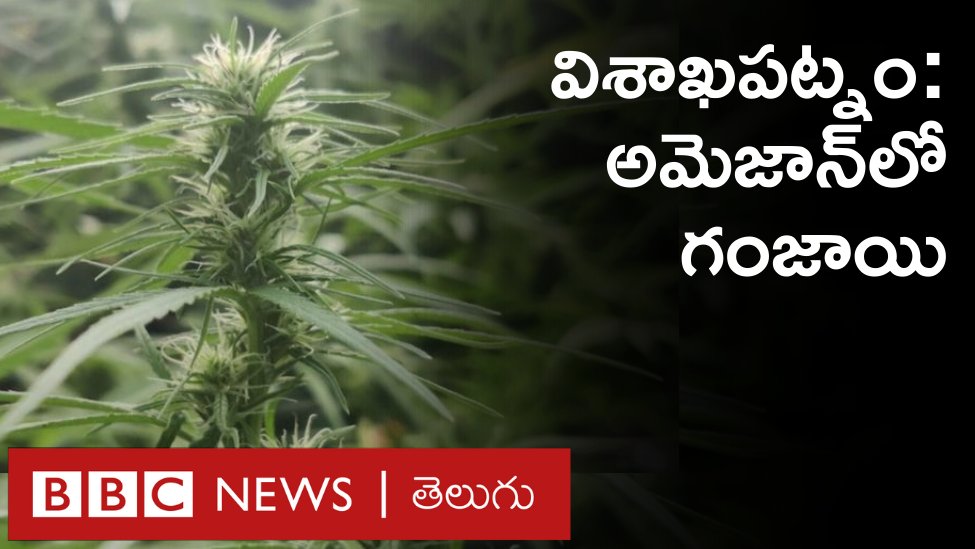 Josh Holleb from @CeresGreenhouse is leading the charge in #greenhouse optimization. Learn from him and other leading industry experts during this free webinar for Central Coast California #cannabis growers. Register here: https://t.co/gQcS89VtEy 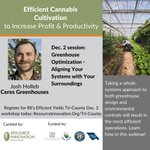 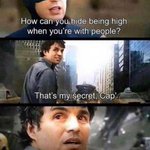 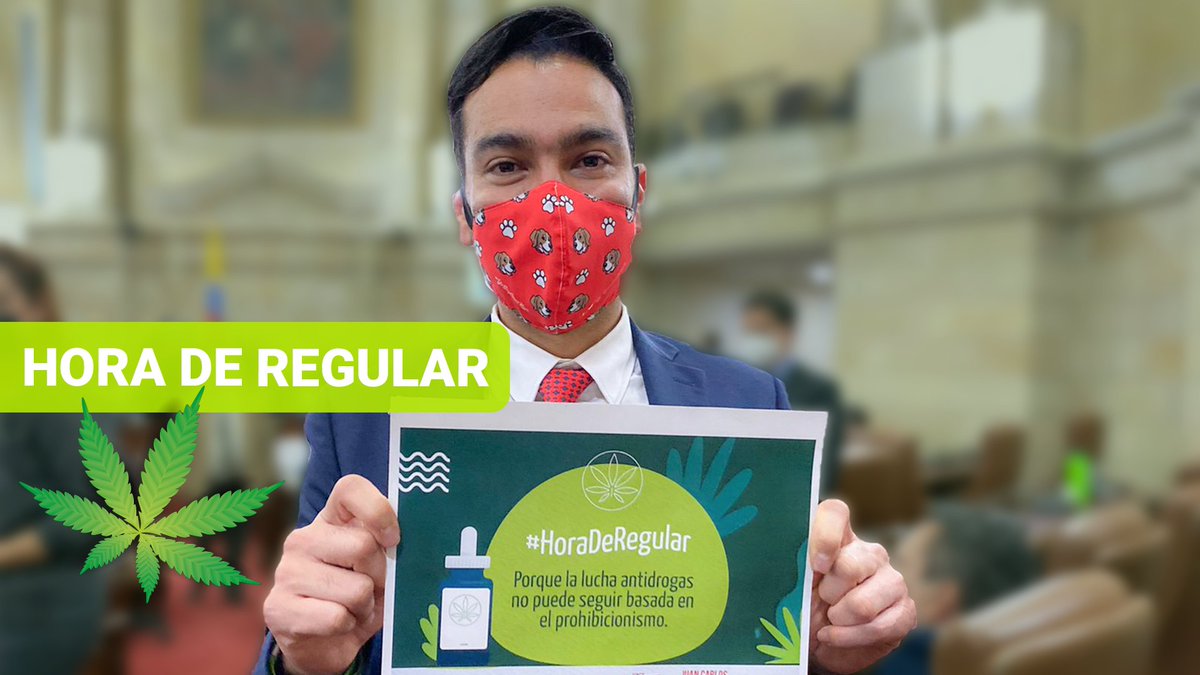 I had the chance to speak with #cannabis freedom fighter @RepNancyMace about her latest bill to #freetheweed! #Kennedy

Anyone concerned about the rise in #heartattacks, #myocarditis & #strokes? Or are we all buying the media’s stories on these things suddenly being caused by #marijuana, #bacon & #pandemicstress? The uptick since #vaccines started is just coincidence?

There do I have that right?

Can we normalize #marijuana over medicine? Over half of the people in a survey said they’re already doing it. 56% of #medicalcannabis consumer respondents reported using #cannabis to replace a prescription.” Get the details from #NORMLNews: https://t.co/fZDtBKxsG7 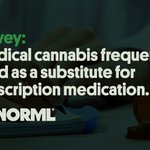 Can we normalize #marijuana over medicine? Over half of the people in a survey said they’re already doing it. 56% of #medicalcannabis consumer respondents reported using #cannabis to replace a prescription.” Get the details from #NORMLNews: https://t.co/fZDtBKxsG7

Reply on TwitterRetweet on Twitter1Like on Twitter3
BUY CANADIAN WEED