A hospital in Florida has diagnosed one of its patients with drug abuse after he admitted to his doctors he uses cannabis to treat his epilepsy, according to a report in local media. The diagnosis came while Michael Morell of Homestead, Florida was undergoing treatment after having a grand mal seizure in June.

Morell, who had been previously diagnosed with epilepsy, says that on the morning of June 20 he woke up to his alarm clock, rose in bed to hit the snooze button but then was unable to lie back down. His muscles had become rigid, to be followed soon by violent convulsions.

“It’s weird because I didn’t feel like there was anything wrong in that moment, but I was confused as to why I was in an upright position,” Morell told the Miami New Times. “The next thing I remember is being in the hospital bed with my family surrounding me.”

Morell’s wife Tania Gonzalez had been wakened by Morell’s spasms and became alarmed when he was unable to respond. She quickly called 911 and he was rushed to Homestead Hospital.

Once he arrived at the emergency room, Morell was given morphine and had another seizure in the hospital. The physician on duty ordered a series of medical tests including a CT scan, MRI, EKG, and toxicology screening. The MRI revealed that Morell had a 4-millimeter cyst on the mesial temporal lobe of his brain.

Doctors Question Medical Use of Cannabis

A few hours later, a psychiatrist by the name of Daniel F. Mandri came to talk to Morell in his hospital room.

“At first, I didn’t think anything was off, but then he started asking me weird questions,” Morell said.

Eventually, the psychiatrist got to the point and asked Morell directly if he “did cannabis.” Morell replied that he used a medical marijuana nasal spray with the recommendation of his doctor to treat his epilepsy and occasionally smoked a joint to relax.

According to consultation notes provided by Morell, the psychiatrist had been “asked to see patient for ‘drug abuse and seizures.’” The following day, Morell’s attending physician, Dr. Jimena Amparo Blandon, came to see Morell, who was told he had cannabis abuse disorder.

“Yes, I smoke weed,” Morell said later. “But I have a medical marijuana license and a full green light to do this legally.”

Morell was also told that cannabis could actually exacerbate his seizures and might cause schizophrenia. After the visit from Blandon, Morell asked to be released from the hospital. Upon his discharge, he was given a four-page guide on cannabis abuse disorder and was told he should seek help at a drug treatment facility.

Citing doctor-patient confidentiality, Homestead Hospital declined to comment on Morell’s experience at the facility. Blandon and Mandri failed to answer requests for comment.

Although the medical use of cannabis was approved by Florida voters in 2016, patients who choose the option continue to face the stigma associated with marijuana. The state legislature attempted to outlaw smokable forms of cannabis, a move that was eventually ruled unconstitutional and repealed. Subsequently, ways to limit the amount of THC in cannabis have also been considered.

Other attempts to tightly control access to medical marijuana, such as a limit on licenses available for marijuana businesses and a requirement that all providers be vertically integrated, have also been challenged in the courts. 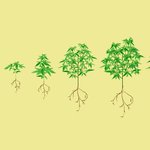