A Florida bill seeks to make it easier to prosecute drug overdoses as murders, an Austin initiative to decriminalize pot possession has enough signatures to qualify for the May ballot, and more.

Austin Appears Headed for May Vote on Marijuana Decriminalization Measure. The city clerk verified Monday that a campaign to put a measure on the May municipal ballot to decriminalize marijuana and ban no-knock raids has collected enough signatures to qualify. But the city council must first vote to put it on the ballot. The measure, backed by Ground Game Texas, would bar Austin police from ticketing or arresting people for low-level marijuana or pot paraphernalia charges or paying to test substances suspected of being marijuana. But marijuana possession would remain a misdemeanor under state law, and it is unclear whether Austin police would abide by it.

Mississippi Legislature Takes Up Medical Marijuana. More than a year after voters approved medical marijuana and months after the state Supreme Court nullified the will of the voters, the state legislature is ready to respond. On Tuesday, Sen. Kevin Blackwell (R-Southaven) filed Senate Bill 2095, which has been referred to the Senate Public Health and Welfare Committee and could see action as soon as this week. If it passes the committee, it would then head for a Senate floor vote. Then it would go to the House, but House Speaker Phillip Gunn (R) has said medical marijuana is not a big priority of his.

Florida Bill to Ease Murder Prosecutions in Drug Overdose Cases Advances. A bill that would make it easier to prosecute fatal drug overdoses as first-degree murder cases was approved by the Senate Judiciary Committee on Monday. Sponsored by state Sen. Jason Brodeur (R-Sanford), Senate Bill 190 would lower the standard for bringing a murder charge from requiring that prosecutors prove the drug was the "proximate cause" of an overdose death to proving only that it was a "substantial factor." Brodeur said prosecutors were complaining that they were having difficulty bringing murder charges because "very frequently victims have multiple substances” in their systems when they overdose. "In moving from proximate cause to substantial factor, what we’re saying is, rather than getting a battle of the experts that have to prove that this (drug) was the actual cause of death versus something else in your system, as long as there was enough of this one by itself to cause death, that’s enough for prosecution. And that makes it much simpler," Brodeur said. But public defenders warned that the measure could remove the incentive for people to report overdoses "if they know that there’s a possible death penalty prosecution" that could resultThe bill also would add methamphetamine to the list of drugs that can be eligible for first-degree murder charges in overdose deaths. That list currently includes such substances as cocaine, opium and fentanyl. The proposal also would toughen penalties for selling controlled substances within 1,000 feet of facilities that provide substance abuse treatment. A similar House Bill (HB 95) needs approval from the House Judiciary Committee before it could go to the House floor for consideration.

Global Coalition Launches Push to Reschedule Psilocybin Under International Rules. The newly formed International Therapeutic Psilocybin Rescheduling Initiative (ITPRI) has announced a new campaign to get psilocybin mushrooms rescheduled at the international level. The group says it is seeking the change in order to ease barriers to research. Member organizations include the Multidisciplinary Association for Psychedelic Studies (MAPS), Beckley Foundation, Mind Medicine Australia, Drug Science and Open Foundation. The coalition wants psilocybin removed from Schedule I of the UN's 1971 Convention on Psychotropic Substances, arguing that it is neither especially risky nor with only limited therapeutic uses, the two conditions required for drugs to be placed in Schedule I. As a first step, the coalition will attempt to find a UN member nation to ask for a formal review of the risks and benefits of the psychedelic. 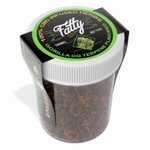 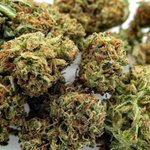 #edibles #cbdoil #prerolls #cannabis #vapejuice #cannabiscommunity CBD Oil for medium dogs is the perfect CBD oil for pets for any dog that’s not too big and not too small. It’s packed with 240mg of CBD Isolate Hemp Extract. Equal https://t.co/vMQmnwXCmC #cbdedibles #delta8 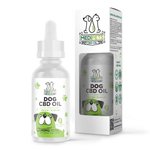 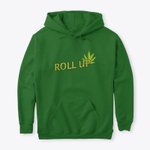 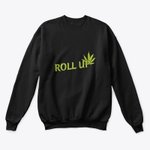 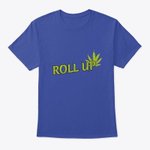 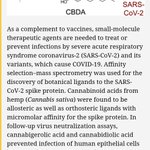 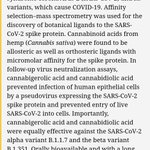 NEW: A Las Vegas-based #marijuana operator has sent its first shipment of #CBD #hemp seeds to Asia, as part of a new partnership with a Thailand-based company.