There will be no House voe on marijuana legalization until after the election, Vermont lawmakers reach agreement on regulated legal marijuana sales, British Columbia moves to expand access to a "safe supply" of drugs to replace street drugs, and more.

House Postpones Vote on Marijuana Legalization Bill Until After Election Day. A House Democratic member and several aides said Thursday that a pending vote on the MORE Act marijuana legalization and expungement bill will not happen until after Election Day. The bill was set to be voted on next week, but there were already reports that it would be pushed back to allow the House to concentrate on getting a pandemic relief package passed. Some moderate House Democrats have been expressing concern that passing a marijuana bill before the relief bill was passed would leave them open to attacks by Republicans.

Pennsylvania Governor Reiterates Call for Marijuana Legalization. At a news conference Wednesday, Gov. Tom Wolf (D) once again pleaded with lawmakers to move on legalizing marijuana in the state. Republicans control both chambers of the legislature and have said legalization is not on the table. "The COVID-19 pandemic has caused enormous disruptions to Pennsylvania's economy, and with the additional federal aid stagnating in Congress, we need to do everything we can right here in Harrisburg right now, to help ourselves recover from this pandemic," Wolf said. "Some states that have legalized adult use cannabis have received literally hundreds of millions of dollars in additional revenue."

Vermont: Lawmakers Finalize Marijuana Retail Sales Legislation. A legislative conference committee has finalized an agreement on Senate Bill 54, which would allow for the regulated commercial production and retail sale of marijuana to adults. Now, the revised language must be approved by the House and Senate and then be signed by Gov. Phil Scott (R).

British Columbia Moves to Increase "Safe Supply" of Drugs. Provincial Health Officer Bonnie Henry issued a public-health order on Wednesday that will allow registered nurses and registered psychiatric nurses to prescribe, make more medications available, and expand eligibility to people who are at risk of overdose, including those who may not necessarily be diagnosed with a substance use disorder. "We know the pandemic has only made the street drug supply in B.C. more toxic than ever, putting people who use drugs at extremely high risk for overdose," Dr. Henry said in a statement. "Giving physicians and nurse practitioners the ability to prescribe safer pharmaceutical alternatives has been critical to saving lives and linking more people to treatment and other health and social services." Since the COVID crisis began, the province already allowed doctors to prescribe take-home doses of pharmaceutical alternatives to street drugs. Now, they will be available to anyone at risk of overdose.

Rerolled: September 15, 2020 | #STDW There is a landmark settlement in the killing of Breonna Taylor, the …
Read More

A big #Cannabisday in Germany: A bill to #legalize #Cannabis by the #GreenParty was rejected in parliament, a Cannabis lobbying group was found and Cannabis sales numbers were published.

And me? Just enjoying the sun on top of @aphriainc facility in #Neumünster.

This highly medicinal strain contains 8% CBD and 8% THC and is the result of using an IBL Durban Poison to create a stable set of genetics high in CBD.
#cannabisgrowop #cannabis #canakush
https://t.co/5YCW6bDhUV

#cannabis #weed #marijuana If reducing harm to society is the goal, a cost-benefit analysis shows cannabis prohibition has failed ANALYSIS: The case for a referendum on New Zealand’s cannabis law was already urgent in 2015 when the https://t.co/N7OebLHnpm #cannabiscommunity 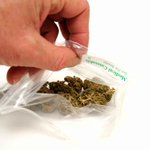 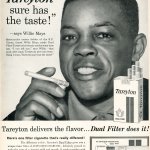