Joe Biden Includes Marijuana Decriminalization—Not Legalization—In New Plan for Black America. Presumed Democratic presidential nominee Joe Biden is calling for marijuana decriminalization as part of a newly released plan on racial justice. He said he would "decriminalize the use of cannabis and automatically expunge all prior cannabis use convictions" as part of a "Plan for Black America" his campaign released on Monday. The plan includes broader criminal justice reforms, such as ending the crack/powder cocaine sentencing disparity, repealing mandatory minimum sentences, and diverting people with minor drug charges to treatment instead of prison. But his failure to include marijuana legalization is being criticized by activists who say it is necessary for racial and restorative justice.

Kansas Weed Warriors to Pay $150,000 to Couple They Raided Over Tea Mistaken for Marijuana. It took seven years, but a Leawood, Kansas, couple is finally winning justice after their home was raided by Johnson County Sheriff's deputies who tracked them from a grow supply shop, then mistook tea leaves in their trash for marijuana, then hit the family with a full-on SWAT raid. Adlynn and Robert Harte, both former CIA employees, will receive a settlement of $150,000 for being subjected to the shock and trauma of having their family to such an aggressive invasion of privacy.

Massachusetts Lawmakers Hold Hearing on Bill to Provide Coronavirus Relief to Marijuana Businesses. Lawmakers held a virtual hearing Tuesday on a bill that would create a state pandemic relief plan that would include state marijuana businesses, which are excluded from federal relief funds. The Joint Committee on Community Development and Small Businesses held a Zoom hearing to debate the bill, which was filed by Chairwoman Diana DiZoglio (D) last month.

New York Magic Mushroom Decriminalization Bill Filed. Assemblywoman Linda Rosenthal (D) has filed a billto decriminalize psilocybin mushrooms by removing the main active ingredient from the state’s list of controlled substances. "Psilocybin is a naturally occurring chemical compound produced by certain species of mushroom," the bill says. "Many cities, including Denver, CO, Santa Cruz, CA, and Oakland, CA, have already decriminalized the use and possession of psilocybin, and New York should do the same," it continues. "With the opportunity to positively affect the lives of millions suffering with mental health and addiction issues, this bill will decriminalize psilocybin and allow further research into the study of the drug and its beneficial uses for treatment." The bill has been referred to the Assembly Health Committee.

Rerolled from a High Times Original Article The business of recreational cannabis in Illinois is booming. Rerolled from …
Read More

NYPD Gets Blowback for Arrest Procedures Amid COVID-19 Pandemic 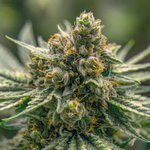 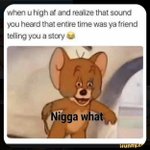 @Trichomist @daviddinenberg @jasonjortiz @MinCannBusAssoc Wait, we didn’t go to jail just to be told we are too white to be in the #Cannabis industry?! 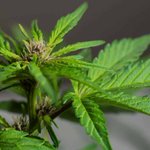 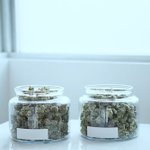 No one has died from overdose.
It is found in all continents.
It is used for manufacturing almost everything you use.
It is not the only herb with psychoactive properties.
It’s the fastest growing job creation industry right now.