Connecticut Democrats Will Put Marijuana Legalization Before the Voters if Legislature Fails to Pass Bill. Incoming House Speaker Matt Ritter (D) said Tuesday that if the legislature failed again to legalize marijuana, Democrats will do an end run and let the voters decide the issue via a ballot referendum. "I think it'll be a very, very close vote in the House," Ritter said. "But if we do not have the votes — and I'm not raising the white flag — I want to be very clear: We will put something on the board to put to the voters of the state of Connecticut to amend the state constitution to legalize marijuana." That, however, could take until 2022 and possibly even 2024.

Detroit City Council Passes Recreational Marijuana Sales Ordinance. Ending its refusal to allow anything other than medical marijuana sales in the city, the Detroit city council on Tuesday voted unanimously to approve an ordinance allowing adult-use sales. The measure weights licensing preferences to favor longstanding city residents. Those "legacy Detroiters" will be eligible for half of the 75 licenses the city is proposing.

Georgia Opens Applications for Medical Marijuana Producers. Businesses that want to produce cannabis oil for medical use can now apply for state licenses. That's because the Georgia Access to Medical Cannabis Commission has finally given the go-ahead. Applications are available on the group's website and must be in by December 28.

Minneapolis Announces Small Reforms to No-Knock Warrant Policy. Mayor Jacob Frey and Police Chief Medaria Arradondo have announced changes to the city's policy on no-knock raids, but the changes aren't enough for local activists. Under the policy shift, no-knock raids are not ended, but police officers will instead have to announce their presence as they enter premises — and keep doing so periodically while they are inside. The move comes in the wake of unrest after the death of George Floyd at the hands of Minneapolis police. "This is about proactive policymaking and instilling accountability," Frey said. "We can't prevent every tragedy, but we can limit the likelihood of bad outcomes. This new, no-knock warrant policy will set shared expectations for our community and clear and objective standards within the department." Michelle Gross is president of Communities Against Police Brutality. The move was "pretty disappointing," she said. "Nothing about this would decrease the number of no-knock warrants," she said. "It simply enhances, to a certain degree, the announcement as officers move from room to room. But I don't see this as being a big advance, I really don't."

Fewer Teens are Seeking Treatment for Cannabis Use in Legal States

Rerolled from a High Times Original Article In states with legal cannabis, studies find that fewer teenagers are …
Read More 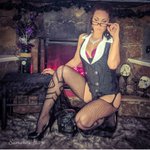 #BETSmoke discusses so many crucial, important points about the blatant disparities when it comes to #Marijuana + #BlackAmerica. Well done, @Nas👏🏾 @BET.

Right: Purple Kush, zoomed way, way in with a microscope to show cellular-level structure of trichomes, the ‘crystals’ coating the bud that contain cannabinoids and terpenes. 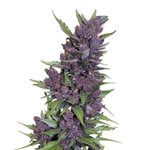 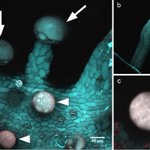 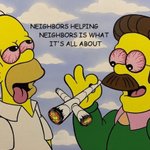 There are more than 600,000 #marijuana arrests made every year in the United States. So if you’re not careful, the coronavirus might be the least of your worries. https://t.co/pvp6XxWgsw #cannabis #travel #covid

Not every #cannabis #website design is created equal. Boost your online visibility and improve sales with a marketing-driven #marijuana or #CBD website built to perform. https://t.co/i2Fc5ot9ow #designthinking #Denver #Colorado 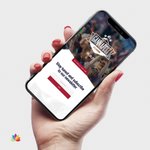 Calling all #cannabis businesses: if you’re looking for unique visual cannabis content, look no further! Send us an email at info@kadenave.com and we can help you take your #cannabismarketing to a “higher” level 🤣 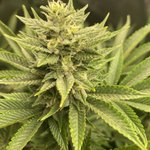 @CannabisCulture @the420garden Cannabis and hemp are actually a lot beneficial to the environment in other ways too. As per the research, cannabis plants can produce more oxygen per acre than other trees.