Republican lawmakers in Missouri and Ohio roll out marijuana legalization legislation, the New York Times reports that the Syrian government is a major trafficker of the amphetamine captagon, and more.

Missouri GOP Lawmaker Files Joint Resolution to Put Marijuana Legalization on the Ballot. State Rep. Shamed Dogan (R) has pre-filed a joint resolution to put a marijuana legalization constitutional amendment on the November 2022 ballot. Under Dogan's plan, adults could grow, purchase, and possess marijuana for personal use, although no amounts are specified. The resolution also calls for a 12 percent tax on recreational marijuana and a four percent tax on medical. The resolution comes as activists pursue at least two separate marijuana legalization initiatives, with one campaign beginning signature-gathering last week.

Ohio Republican Lawmakers File Marijuana Legalization Bill. Two Republican state representatives, Jamie Callender and Ron Ferguson, have filed a marijuana legalization bill. Their "Ohio Adult Use Act" would legalize the possession of up to 50 grams of pot and the cultivation of up to six plants, only three of which could be mature. The bill also allows for the unremunerated gifting of up to 25 grams of marijuana and envisions a 10 percent tax, with proceeds going to the state general fund (50 percent), combatting drug trafficking (25 percent), and drug treatment programs (25 percent). The bill comes as activists are nearing signature-gathering goals for the first phase of an effort to get the issue directly before the voters.

Syrian Government Implicated in Major Drug Trafficking. The New York Times reports that close associates of President Bashar al-Assad are manufacturing and distributing massive quantities of the amphetamine-type stimulant captagon, creating what the Times called "a new narcostate on the Mediterranean." The country's illegal drug industry includes factories that make the pills, packing plants where they are packaged for export, and smuggling networks that extend throughout the Middle East and South Asia. "Much of the production and distribution is overseen by the Fourth Armored Division of the Syrian Army, an elite unit commanded by Maher al-Assad, the president’s younger brother and one of Syria’s most powerful men," the newspaper reported. It also named other members of the president's extended family, businessmen, and the Lebanese militant group Hezbollah. With the country's legal economy decimated by a decade of civil war, the illicit drug trade has become a major revenue source for the regime.

United Kingdom Plan to Target Drug Crime Could See Users of Class A Drugs Lose Passports. Prime Minister is set to launch a 10-year plan to tackle drug-related crime this week, and early reports said some measures will be aimed at middle class drug users to act as a "deterrent for well-off professionals who peddle coke at swanky clubs and dinner parties," according to the tabloid The Sun. "We need to look at new ways of penalizing them. Things that will actually interfere with their lives," the prime minister told the paper. "So we will look at taking away their passports and driving licenses. What I want to see is a world in which we have penalties for lifestyle drug users that will seriously interfere with their enjoyment of their own lifestyles." Meanwhile, amid reports of widespread cocaine use at Parliament, there are reports drug-sniffing dogs could be deployed across the premises as part of a crackdown by House of Commons authorities.

The Winners of the Cannabis Cup Illinois: People’s Choice Edition

Rerolled from a High Times Original Article It’s time to crown the winners of the Cannabis Cup Illinois: …
Read More 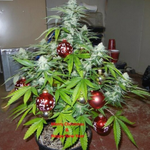 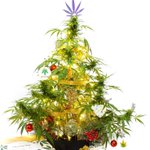 Blair Kralick: Chief Operations Officer of äkta Discusses Healthier Solventless Live Rosin Processes
More Americans are going to the route of clean eating and now the cannabis industry is jumping onto the clean and natural train with … #cannabis https://t.co/RvxAf9ghTQ

NISKAYUNA — There won’t be any cannabis dispensaries in Niskayuna in the near future.
The Town Board voted Wednesday on a local law opting out https://t.co/5gFUxsYMGX 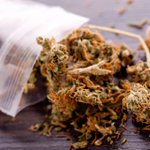 #cannabiscommunity #marijuana #cannabis Thai chain’s cannabis pizza: trendy but won’t get you high One of Thailand’s major fast food chains has been promoting its “Crazy Happy Pizza” this month, an under-the-radar product topped with a cannabis https://t.co/TEBwWZG7no 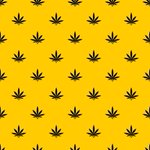 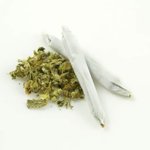 #cannabiscommunity #marijuana #cannabis Only 484 marijuana pardons have been granted since program started in 2019 It’s been more than two years since the federal government launched a program to offer Canadians with criminal records for simple marijuana https://t.co/by5Zneuu1T 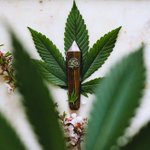 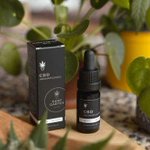