A Kentucky GOP lawmaker is trying once again to get a medical marijuana bill passed, a pair of Florida lawmakers file identical bills to legalize fentanyl test strips, and more.

Months After City Council Pardons Small-Time Marijuana Offenses, New Orleans Police Finally Quit Citing People. The New Orleans Police Department last Friday announced that when it comes to marijuana offenses, the agency will "no longer issue citations for simple possession alone." The move came only after a local media outlet published a story, "Despite council ordinance, people still forced to appear in court on simple possession of marijuana citations." The city council had unanimously approved an ordinance removing all criminal penalties for simple marijuana possession back in August, but the department kept citing people for it anyhow—until now.

Kentucky Republican Files Medical Marijuana Bill. State Rep. Jason Nemes (R) is renewing his efforts to get a medical marijuana bill passed. After having been rebuffed in past sessions, he is back again this year with House Bill 136, which would create a restrictive medical marijuana program that would allow neither home cultivation nor the smoking of marijuana flowers. Patients could vape whole-plant products, though. Specific rules for the program—such as qualifying conditions—would be set by regulators after the bill is passed, but the following conditions will be included: any type of cancer, epilepsy and seizure disorders, multiple sclerosis, nausea or vomiting and chronic, severe, intractable or debilitating pain.

Florida Lawmakers File Identical Bills to Decriminalize Fentanyl Test Strips. State Rep. Andrew Learned and state Sen. Shevrin Jones have filed identical bills to decriminalize a life-saving tool, known as fentanyl testing strips, for preventing opioid overdose. The two bills, House Bill 6101 and Senate Bill 1668, would remove drug testing equipment from Florida’s legal definition of drug paraphernalia, which currently includes ”all equipment, products, and materials of any kind which are used, intended for use, or designed for use in planting, propagating, cultivating, growing, harvesting, manufacturing, compounding, converting, producing, processing, preparing, testing, analyzing, packaging, repackaging, storing, containing, concealing, transporting, injecting, ingesting, inhaling, or otherwise introducing into the human body a controlled substance." The bills would remove "testing" from that definition and remove a provision that criminalizes drug testing equipment. Under current state law, possession of fentanyl test strips is a misdemeanor and distribution, even by harm reduction groups, could be charged as a felony.

New York City to Install Naloxone Vending Machines in Bid to Reduce Overdoses. City health officials last month published a Public Health Vending Machine Initiative to install ten vending machines with the opioid overdose reversal drug naloxone in them. "The purpose of this RFP is to support low-barrier access to overdose prevention and harm reduction supplies," the department said. The machines will also dispense sterile syringes and other wellness goods, such as safe sex items and toiletries. The machines will be installed in all five boroughs of the city in neighborhoods most impacted by drug overdoses. The request for proposals has a response due date of January 20 and a contract start-up date of February 7. The program will run through June at a cost of $730,000.

Rerolled from a High Times Original Article One Mississippi Senator brought 3.5 grams worth of hemp to show …
Read More

WHY is #Cannabis the ONLY plant capable of repairing our atmosphere?BECAUSE #hemp is the ONLY crop capable of producing the volume of atmospheric aerosol #terpenes needed to replenish #terpenes lost, due to the 50% reduction of boreal forests&marine phytoplankton.#cannabissociety 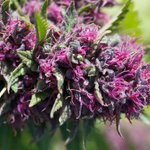 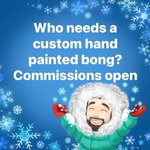 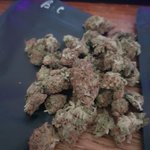 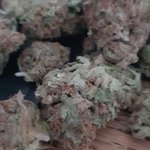 Given that we can’t bill $450/hr when patients treat themselves with medical #cannabis, the APA don’t support medical cannabis as a medicine.
(I just read their position paper — totally against ALL medical cannabis…hard to believe it’s not economically based at this point.) https://t.co/pnSmgefv8j

Reply on TwitterRetweet on Twitter136Like on Twitter336
BUY CANADIAN WEED