Peru and the US are in dispute over how much coca and cocaine is produced there, Houston narcs involved in a deadly botched drug raid get indicted, and more.

Louisiana Law Allowing Medical Marijuana for Any Debilitating Condition Now in Effect. A new law that broadly expands access to medical marijuana has now gone into effect. The new law allows doctors to recommend medical marijuana to patients for any debilitating condition. Under the state's old law, only a limited list of specified illnesses and conditions were eligible for medical marijuana.

Houston Ex-Cops in Deadly Botched Drug Raid Indicted. A Harris County grand jury has indicted six former Houston narcotics officers after their unit came under scrutiny in the wake of a 2019 raid in which an innocent pair of homeowners were killed. Prosecutors charge that the former officers falsified documentation about drug payments to confidential informants, routinely used false information to get search warrants, and lied in police reports. A total of 17 felony charges were brought against the officers, led by Gerald Goines.

ONDCP Releases Data on Coca Cultivation and Production in Peru. The White House Office of National Drug Control Policy (ONDCP) released the results of the annual United States Government estimates measuring coca cultivation and potential cocaine production for the Republic of Peru: "Coca (the plant used to make cocaine) cultivation in Peru significantly increased to 72,000 hectares in 2019, with potential pure cocaine production of 705 metric tons… "Coca cultivation in Peru and across the Andean Region of South America remains a significant threat to the American people. That’s why President Trump ordered a surge in counternarcotics operations to take the fight directly to the drug cartels.  This surge has already resulted in preventing 183,521 pounds of cocaine from entering the United States, resulting in $2.1 billion in lost revenue for drug cartels.  As part of its partnership with the United States, Peru must expand its efforts to curb coca cultivation and production.  The Trump Administration remains committed to bringing those who profit from drug trafficking to justice with the singular goal of saving American lives," ONDCP Director Jim Carroll said.

Peru Rejects US Estimates on Increased Cocaine and Coca Leaf Production. The Peruvian government on Saturday rejected an ONDCP report that said coca leaf and cocaine production had dramatically increased last year. The anti-drug office, Devida, said the report contained "a series of errors" because it did not consider the amount of coca eradicated nor the traditional consumption of coca and the country's licit coca industry, which does not produce cocaine.

Rerolled: July 30, 2020 | #STDW The House has voted to block the Justice Department from interfering with …
Read More

Rerolled: July 29, 2020 | #STDW An amendment to block the Justice Department from using its funds to …
Read More 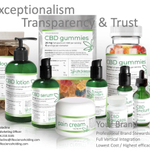 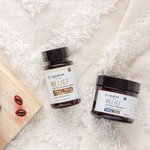 When medical #marijuana was in its legal infancy, #glaucoma was among the most common reasons for seeking a prescription.
#cbd #cbdoil #cannabis #medicalmarijuana
https://t.co/BBebseHInH 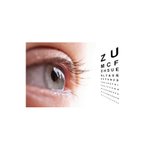 #MedicinalCannabis patients in the UK will be able to utilise a new #cannabis exemption card from 1 November 2020, which will protect them from arrest and #legal prosecution in the UK

Read the full story on our website at https://t.co/XeQLfy7oIO 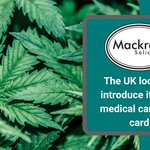 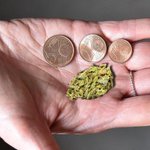