North Dakota House Approves Medical Marijuana Edibles. The House has approved a measure, House Bill 1391, that would allow medical marijuana patients to use edibles. The bill would limit edibles to 10 milligrams of THC and allow patients to possess edible with up to 500 milligrams.

New Jersey Medical Marijuana Licensing to Resume After Appellate Court Ruling. The state's appellate court ruled Thursday to uphold the denial of seven medical marijuana licenses, clearing the way for the state to begin dealing with nearly 150 license applications that have piled up while the case was being contested.

Oklahoma House Approves Expanding Non-Resident Medical Marijuana Patient Licenses. The House voted on Thursday to approve House Bill 2022, which would extend the length of medical marijuana licenses granted to out-of-state residents. The bill would lengthen the licenses' period of validity from 30 days to two years. The bill also would open up licenses to resident of all 50 states, not just those with existing medical marijuana. The bill must still be approved by the Senate.

Iowa Senate Approves Bill to Crack Down on Meth Pipes. The Senate on Wednesday unanimously approved Senate File 363, which aims to crack down on businesses selling glass pipes for smoking meth by requiring them to pay a $1,500 licensing fee and charging a 40% surcharge tax on each pipe sold. The bill carries civil penalties for selling without a license and makes using the devices as drug paraphernalia a serious misdemeanor. The bill now goes to the House.

Iowa Senate Approves Bill to Make Using Synthetic Urine to Defeat a Drug Test a Crime. The Senate voted on Wednesday to approve House File 283, which would make it a criminal offense for an employee to use synthetic urine to "defraud" a workplace drug test. A first offense would be a misdemeanor punishable by up to a year in jail. The bill now goes to the House.

US Senators Urge Full Exoneration and Release of Philippines Drug War Critic Senator Leila De Lima. On Thursday, Senators Edward J. Markey (D-MA) top Democrat on the East Asia and Pacific Subcommittee, Dick Durbin (D-IL), and Patrick Leahy (D-VT), released a statement regarding the acquittal of Senator Leila de Lima in one of three bogus charges filed against her by the Government of the Philippines. Senator de Lima has been unjustly detained for four years next week on politically-motivated charges, widely condemned by human rights organizations and governments around the world as an illegitimate response meant to punish her for criticizing the policies of President Rodrigo Duterte. "While we are pleased that one of the three illegitimate charges against Senator De Lima has been dropped, it is clearly not enough." said the Senators. "The Duterte administration has wrongfully detained Senator De Lima for four years under false charges because she is willing to speak out and stand up to the egregious abuses of the government. President Duterte has tried to silence his critics and the independent press through false and politically motivated charges, but his disdain for human rights, free speech, and democracy is on clear display to the world. We will continue to hold the Duterte government responsible for its abuses until Senator De Lima is released, all of the fabricated charges against her and other prisoners of conscience are dismissed, and the victims of President Duterte’s campaign of abuse against the Filipino people have obtained justice."

Norwegian Government Proposes Drug Depenalization. Norway's center-right government proposed Friday a dramatic restructuring of its drug laws to focus on drug treatment rather than jail or fines for people found in possession of small quantities of drugs. "Decades of criminal punishment has not worked," said Liberal Party leader and Education Minister Guri Melby. "We will no longer stand by and watch people being stigmatised and called criminals when they are in fact ill." Drugs would remain illegal, but possession of small quantities would no longer be punished. Instead people would face mandatory drug counseling, and a fine for refusing to participate. The move comes as the government faces a rising challenge in the September parliamentary elections from the Center Party, which has criticized the plans as leading to more drug use, not less.

Rerolled from a High Times Original Article At this rate, will New Jersey ever get a legal cannabis …
Read More

Book Review: Drug Use for Grown-Ups

What is an MED? Learn how 2 titrate ur #Cannabis #MMJ dose for best effects? Check this & DL https://t.co/PwKiB5kiiu 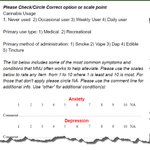 The NFL and NFL Players Association are launching an effort to learn about the potential of #cannabis and components like CBD as alternative treatment options for pain.

How did marijuana and hemp develop their bad reputation? Cannabis and CBD have many supporters who tout its therapeutic properties alongside the fact that CBD #weed #marijuana #cannabis #canabiscommunity https://t.co/aWUA96OZWV 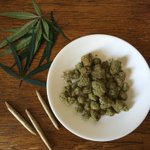 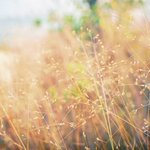 Figured I’m in a place where it’s legal, may as well. @mnisready #thc #gummies #cannabis #marijuana 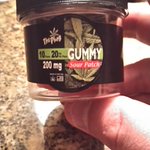 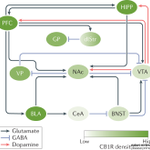 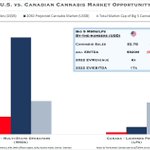