A pair of supervised injection sites are now operating in New York City, NORML issues a report on marijuana legislative victories in the states, and more.

NORML Issues Report Highlighting 2021 State Legislative Victories. "State legislators in 2021 enacted over 50 laws liberalizing marijuana policies in more than 25 states, according to a report issued Monday by the National Organization of the Reform of Marijuana Laws (NORML)," the group said in a blog post. "Specifically, legislatures in five states — Connecticut, New Jersey, New Mexico, New York, and Virginia — enacted laws legalizing adult-use marijuana possession and regulating retail cannabis markets. These legislative victories mark a significant change from past years, when similar laws were primarily enacted via citizens’ initiatives, not by legislative action. In total, 18 states — comprising nearly one-half of the US population — now have laws on the books regulating adult use marijuana production and retail sales. Many states also took actions facilitating the expungement or sealing of past marijuana convictions. Over the past several months, state officials have vacated an estimated 2.2 million marijuana convictions. Numerous states in 2021 also enacted legislation expanding medical cannabis access and stimulating greater diversity among licensed marijuana businesses."

New York City Opens Supervised Injection Sites. Supervised injection sites are now operating in East Harlem and Washington Heights—a first for the city and the country. The two sites are already operating as needle exchanges. Mayor Bill de Blasio began calling for the harm reduction intervention in 2018, and on Tuesday, he and the city Health Department announced that "the first publicly recognized Overdose Prevention Center services in the nation have commenced." "New York City has led the nation’s battle against COVID-19, and the fight to keep our community safe doesn’t stop there. After exhaustive study, we know the right path forward to protect the most vulnerable people in our city. And we will not hesitate to take it," de Blasiosaid in a statement announcing the move. "Overdose Prevention Centers are a safe and effective way to address the opioid crisis. I’m proud to show cities in this country that after decades of failure, a smarter approach is possible." The sites are not operated by the city but by two nonprofits, New York Harm Reduction Educators and the Washington Heights Corner Project. City officials said they have had "productive conversations" with state and federal officials and believe the federal government will not interfere becauwe of "a shared sense of urgency" around record overdose deaths.

Toronto Moves Toward Drug Decriminalization. Canada's largest city is preparing to take the first step toward municipal drug decriminalization after the city's top health officer, Dr. Eilenn de Villa, recommended Monday that the board of health approve a request to the federal government to exempt city residents from criminal charges for small-time drug possession. "The status quo approach to the drug poisoning crisis is not working," the report said. "There is an urgent need for a comprehensive public health approach to drug policy that removes structural barriers to health care and social services, provides alternatives to the toxic drug supply, and enhances and expands services to improve the health and well-being of Toronto’s communities." De Villa is recommending that the board of health direct her to apply for the exemption by year's end. If the board does so, she will not need city council approval to move forward. It will then be up to Health Canada to approve or deny the exemption. The city of Vancouver sought a similar exemption in March, but Health Canada has yet to rule on that request. The plan has the support of the police and Mayor John Tory.

Bombay High Court Rules Blotter Paper Should Be Included When Weighing LSD for Charging Purposes. The High Court in India's largest city has ruled that the weight of blotter paper is an integral part of contraband seizures and the paper should be included when weighing LSD for charging purposes. "I have held that having regard to the findings in Hira Singh's judgment passed by the Supreme Court and the objective of the NDPS Act, blotter paper forms an integral part of LSD and the blotter paper will have to be considered for taking weight of the LSD. The impugned order is quashed and set aside," Justice Dere pronounced. A lower court had ruled that the blotter paper should not be included when weighing the drug. Indian drug law says that possession of more than a tenth of a gram of LSD indicates a commercial quantity, but the weight of a single blotter weighed by authorities came in at more than six tenths of a gram, signifying that the courts would consider a single hit of blotter LSD to be evidence of intent to deal drugs. In the US, the US Sentencing Commission has weighed in on the issue and come to the opposite conclusion: "In the case of LSD on a carrier medium (e.g., a sheet of blotter paper), do not use the weight of the LSD/carrier medium. Instead, treat each dose of LSD on the carrier medium as equal to 0.4 mg of LSD for the purposes of the Drug Quantity Table."

Rerolled from a High Times Original Article For better or for worse, it’s holiday time again, but good …
Read More 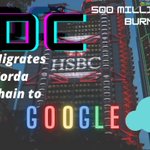 If you read the news or even just skim the headlines, you’re more than likely to find one topic that has been prevalent almost every single day, and that is the employee shortage in the U.S. #cannabis #cannabisindustry https://t.co/xaf8ZL8X1H 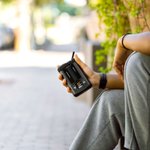 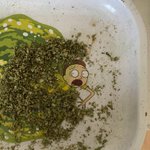 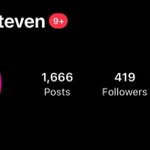 We’ve been in love with Arizona since the beginning, and we’re excited to be a player in its next chapter. #cannabis #azcannabis #welcometoquality #growsciences
https://t.co/J35NipYwXh 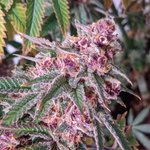 Reply on TwitterRetweet on Twitter54Like on Twitter279
BUY CANADIAN WEED