Signature-gathering for a marijuana legalization inititiave is underway in Oklahoma, the courts block a San Francisco effort to enact broad bans on alleged drug dealers in the Tenderloin, and more.

Ohio Marijuana Legalization Initiative Campaign Files Preemptive Lawsuit Over Whether It Will Appear on November Ballot. Anticipating an effort by Republican lawmakers to keep their marijuana legalization initiative off the November ballot, the Coalition to Regulate Marijuana Like Alcohol filed a lawsuit last Friday to block the expected move. Secretary of State Frank LaRose (R) submitted petitions to the legislature on January 28, giving it until May 28 to approve the petitions calling for legalization, after which, the coalition could then do another round of signature-gathering to put the question directly before voters in November. But Republican legislative staffers have argued that because the petitions were not submitted to the legislature 10 days before the start of the session, as required by the state constitution. But the preemptive lawsuit argues there is state Supreme Court precedent for allowing a November vote.

Oklahoma Marijuana Legalization Initiative Campaign Begins Signature-Gathering. Marijuana legalization advocates have begun signature gathering for State Question 820, which would legalize adult use marijuana and levy a 15 percent excise tax on retail purchases to fund the Oklahoma Medical Marijuana Authority. Campaigners will need 95,911 valid voter signatures to qualify for the November ballot and have until August 1 to do so. Another pair of initiatives could also appear on the ballot. State Question 818 would create a State Cannabis Commission that would replace the OMMA and guarantee patients’ medical cannabis access in the Oklahoma Constitution, while State Question 819 would legalize adult-use marijuana and guarantee medical and adult-use marijuana access in the Constitution. Because these two questions would change the state constitution, they face a higher signature-gathering threshold than State Question 820, which would only make statutory changes. The threshold for constitutional questions is 177,958 valid voter signatures.

California Appeals Court Blocks San Francisco Bid to Ban Drug Dealers from Tenderloin, SOMA. In a case that began when the city sued 28 alleged drug dealers in the Tenderloin and South of Market (SOMA) neighborhoods and banned them from a 50-square-block area in those neighborhoods, which are rife with open drug dealing and drug use, a state appeals court has upheld a lower court decision last year blocking the bans from taking effect. In its ruling last Friday, the 1st District Court of Appeals held that while local governments may be entitled to narrowly target ban orders in some limited circumstances, but not such a broad one. The lower court decision held that the ban was so broad it would violate the constitutional right to travel, and that state law did not appear to authorize it. The appeals court largely agreed: “We are mindful of, and sympathetic to, the challenges faced by the city in addressing the issues of illegal drug sales, drug use, and the drug-related health crisis and its effects on the people who live and work in the neighborhood,” Justice Marla Miller wrote in Friday’s 3-0 ruling. But, she continued, "although the city contends these defendants have no reason to ever even be in the 50-square-block Tenderloin neighborhood except to sell drugs there was evidence that many community resources and government agencies are located in the Tenderloin." The lower court judge was entitled to believe statements from the four people "that they were interested in taking advantage of the employment, treatment, housing, and health services available in the 50-square-block neighborhood," the appeals court added. The city said it was "disappointed" with the ruling, but had yet to decide whether to appeal.

Pell Grants Will Be Available for Prisoners Again Beginning Next Year. Once upon a time, incarcerated Americans were able to try to advance themselves by using Pell Grants to pay for college tuition and textbook costs—just like other students—but when Congress passed the Violent Crime Control and Law Enforcement Act of 1994, it barred prisoners from accessing that financial aid. In 2020, though, Congress restored the eligibility for both state and federal prisoners. In the fall of 2021, the Department of Education begin developing rules for the expansion of Pell Grants to prisoners and has now announced that application forms for imprisoned students will be available on October 1 for the 2023 academic year.

British Virgin Islands Premier Asserts Immunity in Cocaine Case, Demands Immediate Release. British Virgin Islands (BVI) Premier Andrew Fahie, who was arrested last week in a US government sting in Miami, argued in court Monday that as the elected head of government, he is immune from prosecution and should be released immediately. No word yet on when a federal judge will decide that question, and in the meantime, Fahie remains in custody. Fahie and his ports director, Oleanvine Maynard, were busted at the Miami airport where they met what they thought were Mexican drug traffickers but were actually DEA agents seducing them into a scheme to import cocaine from South America through the BVI. Back home, Fahie already faced allegations of deep corruption, and his arrest may help propel a push to temporarily suspend the constitution and return to rule from London in an effort to clean up the government. Busting a head of state is a big deal and would have required approval at the highest levels of the Justice and State departments.

The Fight Over CBD Oil Continues in Germany

Rerolled: May 2, 2022 | #STDW The Caribbean nation of Trinidad and Tobago is moving toward legal, regulated …
Read More

The enactment of adult-use #marijuana #legalization laws is associated with reduced demand for certain prescription drugs, according to data published in the journal #Health #Economics.

Those moon lit smoke sessions before settling in always go so peacefully. 👌🍃

They should make a weed fruit roll up #weed 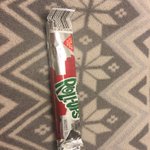 👉Creating a transparent community where customers can evaluate everything from the time the seed is planted, to when a product is kept on the shelf✔️ 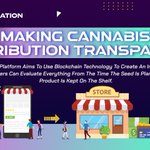 Reply on TwitterRetweet on Twitter438Like on Twitter782
BUY CANADIAN WEED