Federal Law Enforcement Arrested Nearly 5,000 People on Marijuana Charges Last Year. Despite spreading legalization at the state level, federal marijuana prohibition remains in full force, with the DEA reporting seizing over 4 ½ million pot plants and making nearly 5,000 marijuana arrests. The number of plants seized was up by 20% over 2019, while the number of arrests was up only slightly from 2019. Both figures, though, represent substantial decreases from a decade ago, when the DEA seized nearly nine million plants and made 8,500 pot arrests.

Idaho Senate Approves Bill to Ban Marijuana Advertising. The state Senate on Wednesday approved a bill that would bar commercial advertising for marijuana in the state, a move that could potentially impact ballot initiatives to legalize the drug in the state. The bill was only filed this week and had a public hearing earlier in the day that gave the public little chance to participate. The bill now goes to the House.

Minnesota Marijuana Legalization Bill Wins Yet Another House Committee Vote. The omnibus marijuana legalization bill, House File 600, was approved by the House Taxes Committee Wednesday. That was the 11th committee to approve the bill. It still must go before the House Ways and Means Committee before heading for a House floor vote. The bill face dim prospects, though, in the Republican-controlled state Senate.

Wisconsin GOP Lawmakers Strip Governor's Marijuana Legalization Proposal from Budget. The Republican-dominated Joint Finance Committee voted 12-4 on Thursday to delete Gov. Tony Evers' (D) marijuana legalization proposal from the budget. The move was no surprise, and has led to call from Evers for residents to put pressure on GOP lawmakers to support his agenda.

Alabama Medical Marijuana Bill Heads to Governor's Desk. With final approval in the House on Thursday, and the Senate approving changes from the House that same day, a medical marijuana bill, Senate Bill 46, is now headed to the desk of Gov. Kay Ivey (R), who has not indicated whether she will sign it. The bill would allow people suffering from a list of about 20 specified medical conditions to have access to medical marijuana.

Tennessee Legislature Approves Limited Medical Marijuana Bill. A bill that would expand the state's limited CBD program and create a medical marijuana study commission has passed the legislature and now heads for the desk of Gov. Bill Lee (R), who is expected to sign it. It would allow patients to possess CBD oil with no more than 0.9% THC but provides no legal means of accessing it within the state.

Texas House Approves Psychedelic Therapeutic Study Bill. The House on Thursday voted to approve a bill, House Bill 1802, that would mandate the state conduct a study of the therapeutic potential of psychedelic drugs such as psilocybin and MDMA. The measure passed on an overwhelming vote of 134-12. The bill was amended in the House to limit the study to veterans with PTSD instead of the broader study originally envisioned. The bill now goes to the Senate.

Arizona Governor Signs Asset Forfeiture Reform Bill into Law. Governor Doug Ducey (R) on Wednesday signed into law House Bill 2810, which reforms but does not eliminate civil asset forfeiture in the state. The bill passed the legislature with strong support.

Brazil Drug Raid in Rio Favela Leaves 25 Dead. A massive police operation Thursday against drug traffickers in the Jacarezinho favela in Rio de Janeiro left one policeman and 24 favela residents dead. The bloody raid is drawing condemnation from human rights groups. "Who are the dead? Young black men. That’s why the police talk about ‘24 suspects.’ Being a young, black favela resident automatically makes you a suspect to the police. They just keep piling up bodies and saying, ‘They’re all criminals,’" said Silvia Ramos, head of the Security Observatory at Candido Mendes University. "Is this the public security policy we want? Shootouts, killings and police massacres?" This isn't the deadliest anti-drug police operation in the country's history: A 2005 raid in the Baixada Fluminense favela left 29 dead. Police in Rio have a reputation for deadliness, and Human Rights Watch reports that they killed 453 in the first quarter of 2021.

Rerolled from a High Times Original Article 5-MeO-DMT, also known as “the God molecule”, stars in the new …
Read More

The long-term use of #cannabis provides sustained improvements in patients suffering from chronic pain conditions, according to longitudinal data published in the journal Experimental and Clinical Psychopharmacology.
https://t.co/Yoo29KMXYv

Thank you @DiginexGlobal (NASDAQ: EQOS), for joining us at the Benzinga Global Small Cap Conference! Happening virtually, May 13-14th with the latest in #Crypto, #Biotech, #Cannabis, #Psychedelics and more. 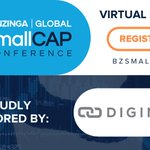 #Cannabis should be FEDERALLY legal.

RT if you agree.

Congressional Republican lawmakers introduced a bill to federally legalize marijuana, protect banks and ensure veterans are permitted to use marijuana in legal states 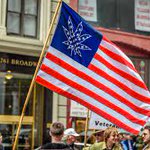 Bengal cats have such fun personalities! 🐈😻 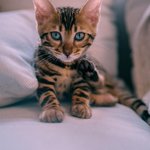 Cannabis Industry Faces Obstacles to Banking, but That May Be Changing https://t.co/7HK3Dy2uZv #cannabis

We get Q1 fins next week. Website soon too. Most underrated #hemp #cannabis ticket in the whole market! #MSOGang
Beautiful SS as well.
$GGII $TLRY