A pair of GOP Ohio lawmakers prepares a marijuana legalization bill, the Sentencing Project releases a new report on differential racial incarceration rates in the states, and more.

Ohio GOP Lawmakers Announce Marijuana Legalization Bill. In a sign of changing times, a pair of Ohio Republican lawmakers announced Tuesday they were preparing a marijuana legalization bill. For years, Democrats have led the fight for marijuana legalization, but in recent days, first Pennsylvania and now Ohio are seeing signs of Republican interest in moving forward on legalization. Reps. Jamie Callender (R) and Ron Ferguson (R) rolled out a bill that would allow people 21 and over to buy and possess marijuana, with limited home cultivation allowed. The bill also envisages a 10 percent tax on retail marijuana sales, with half going to the state's general fund and half going to law enforcement and mental health and addiction treatment and recovery services. Callender and Ferguson are circulating a cosponsorship memo to build support for the forthcoming legislation and are aiming to formally file the bill within the next six weeks or so.

South Dakota Marijuana Legalization Ballot Initiative Approved for Signature Gathering. Although state voters already approved a marijuana legalization initiative last year, it was challenged in court by Gov. Kristi Noem (R) and two law enforcement officials, and the state Supreme Court has yet to rule on its constitutionality. The people behind the successful initiative, South Dakotans for Better Marijuana Laws, is not waiting on—or counting on—a favorable Supreme Court ruling and is moving ahead with plans for a 2022 initiative designed to get around the issue that has the 2020 initiative stuck in the courts: the claim that it unconstitutionally encompasses more than one subject. This new initiative simply legalizes marijuana possession and cultivation for people 21 and over. The secretary of state on Tuesday gave the go-ahead for signature gathering to begin. Campaigners have until May 8, 2022 to come up with 16,691 valid voter signatures to qualify for the November 2022 ballot.

New Sentencing Project Report Finds Blacks Imprisoned in State Prisons at Rate Five Times of Whites. Black Americans are incarcerated in state prisons across the country at nearly five times the rate of Whites, and Latino Americans are 1.3 times as likely to be incarcerated than non-Latino whites, according to a new report by The Sentencing Project, The Color of Justice: Racial and Ethnic Disparity in State Prisons.The report, authored by Senior Research Analyst Ashley Nellis, documents the rates of incarceration for white, Black, and Latinx Americans for each state. Although Black Americans are not a majority of the general population in any of the 50 states, they make up more than half of the prison population in a dozen states: Alabama, Delaware, Georgia, Illinois, Louisiana, Maryland, Michigan, Mississippi, New Jersey, North Carolina, South Carolina and Virginia. New Jersey tops the nation in terms of disparity in its incarceration rates, with a Black/white ratio of more than 12 to 1. Wisconsin, Minnesota, and Connecticut follow closely behind, incarcerating Black Americans at about 10 times the rate of white people. Latino individuals are incarcerated nationally in state prisons at a rate that is 1.3 times the rate for non-Latino whites, but at a much higher rate in Massachusetts (4.1), Connecticut (3.7), New York (3.0), and North Dakota (2.4). In raw numbers, Latino incarceration is highest in border and southwestern states. The report makes several policy recommendations: eliminate all mandatory minimums, enact racial impact statements that require crime bills to be accompanied by an estimate of the policy’s impact on demographic groups, and discontinue arrest and prosecution for low-level drug offenses that often lead to accumulation of prior convictions

Mississippi ‘Not Quite Ready’ to Implement Medical Cannabis

Rerolled from a High Times Original Article Everyone involved in the legal industry in California has seen, while …
Read More

After a couple of false starts, Ohio might be ready to address legalized recreational #cannabis. https://t.co/XhzzWl5oNX

Milo made a new friend today from the #cannabis world! Can anyone guess who this gorgeous sweet brown lab calls mom? 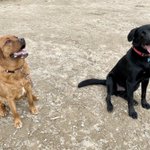 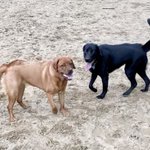 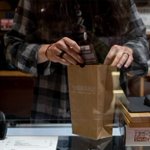 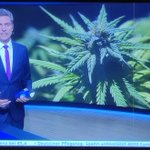 Reply on TwitterRetweet on Twitter18Like on Twitter40
BUY CANADIAN WEED