President Trump has authorized the Defense Department to call up military reserves as he ramps up a campaign against the cartels, a Nebraska medical marijuana initiative plans to continue signature-gathering, the legal pot industry is still hiring, and more.

Pot Job Seekers Surge as Sector Is Still Hiring. Laid off workers from the retail and hospitality industries are flocking to the marijuana industry in pursuit of jobs. The pot business is one that is still hiring, but the number of jobs available is dwindling. There are layoffs in the industry and some of the positions on offer are only temporary, but at least they're jobs to go after.

Nebraska Medical Marijuana Initiative Campaign Unveils New Signature-Gathering Strategy. Nebraskans for Medical Marijuana, the folks behind the  Nebraska Medical Marijuana Initiative, have announced plans to go ahead with signature-gathering despite the coronavirus pandemic once social distancing measures in the state are lifted. The campaign is not going the electronic signature-gathering route but instead is "preparing masks, tables, disposable pens, hand sanitizer to be able to get back out and collect safely in a socially distant way once these direct health measures expire."

Trump Authorizes Pentagon to Activate Reserves for Cartel Fight. President Trump last Thursday issued an executive order authorizing the Defense Department to activate up to 200 additional military personal as part of a recently announced counter-narcotics operation in the Caribbean. "Effective today, pursuant to section 12304 of title 10, United States Code, I am authorizing the Secretary of Defense to order units and individual members of the Selected Reserve to active duty to augment active component forces for the effective conduct of ‘Enhanced Department of Defense Counternarcotic Operation in the Western Hemisphere,'" he wrote. "This authority is necessary to ensure the Department of Defense can properly conduct operations required to meet our evolving security challenges. As governments and nations focus on the coronavirus, there’s a growing threat that cartels, criminals, terrorists, and other malign actors will try to exploit the situation for their own gain. And we must not let that happen," he said.

Mexico's Ciudad Juarez Sees Big Spike in Killing Despite Quarantine. Homicides in the metropolis just across the Rio Grande from El Paso have increased 42% since March 1 despite stay-at-home orders issued in early March. The month ended with 174 murders, including victims chopped into pieces, burned to death, hanged from bridges, stuffed into storm drains and gunned down in broad daylight. Police said most of the killings are drug-related and that the March spike may be related to the arrest, jail transfer, and death of gang leaders.

rerolled on giantweed from a mjtodaydaily.com No news today! Instead we have an episode of our show Weed …
Read More

.@RickiLake opens up about @WeedThePplFilm, medical #cannabis, love & her next evolution. Check out her interview in our UNDER THE FEMALE INFLUENCE issue.
https://t.co/1G7Fe7wyMq 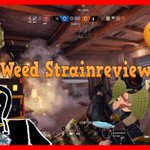 One meaning of the word “PASS” is permission, and Lebanon is now the most recent country to legalize—or pass—medicinal cannabis. Welcome to the community. #CONNECT
.
#cannabis #marijuana #cbd #thc #sativa #indica #weed #cannabisculture #cannabiscommunity #grassachusetts 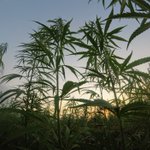 The inside is so pretty 😍 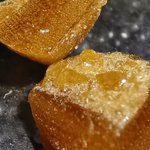 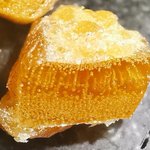 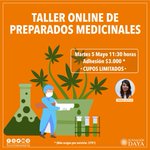 With the Transformational Deal Now Complete, #Hollister Has Officially Diversified into the Flourishing World of #Psychedelics