Even after being warned by the ACLU against illegal detentions, a Southern Florida sheriff’s office attempted to deport a Black man who was born in Philadelphia to Jamaica. Peter Brown was detained in April by the Monroe County sheriff for a parole violation in a case related to a marijuana offense. He was in jail by ICE’s request for weeks before law enforcement officials admitted their grave mistake.

“I would never have expected in a million years that this was going to happen, and I can tell you it’s not a good feeling,” Brown said in a video made by the ACLU. “There has to be a stop at some point, before it becomes all of us.”

He is now bringing a lawsuit against Monroe County Sheriff Rick Ramsay, aided by the civil rights organization. Brown claims that the sheriff’s office even refused to review a copy of his birth certificate that he managed to have a friend bring to law enforcement’s attention.

How did this even happen?

The details of the case are shocking. Brown, a 50-year-old restaurant worker who lives in the Florida Keys, turned himself in on April 5 after failing a marijuana test while on probation for a 2016 case of resisting an officer with violence. He was arrested at home in Big Pine Key. Though he told officials that he was a US citizen, he was detained by order of ICE and incarcerated for three weeks by the Monroe County sheriff’s office.

ICE initially requested that Brown’s fingerprints be sent to the FBI, and that he be detained for 48 hours. At a hearing back in April, a judge extended Brown’s probation by a year and ordered him released immediately. The sheriff’s office appears to have taken matters into its own hands, and instead transferred Brown to Krome Service Processing Center, a Miami immigration detention center. According to the ACLU, ICE had him mistaken for someone else with the same name.

Brown’s lawsuit says this transfer took place under dire conditions. He was not given food or water during the process, and a man defecated on the bus to Krome, causing ICE agents to vacate the bus and leave the detainees to sit in the smell. Soon after the transfer to the ICE facility, officials deigned to review Brown’s birth certificate and he was released.

Brown says he alerted every employee at the jail with whom he came into contact that he was a US citizen. The Miami Herald reported that this was met with dispiriting results. “One guard talked to him in a Jamaican accent, calling him “mon,” while another sang to him the theme song from the 1990s television sitcom, ‘The Fresh Prince of Bel-Air,’ which mentions the main character being from West Philadelphia.”

The only time Brown has ever been in Jamaica was during a port stop made on a cruise he took years ago.

Particularly troubling is the fact that the sheriff’s office was compensated for its illegal detention, receiving $50 from ICE through a “Basic Ordering Agreement,” or BOA. Across the country, local law enforcement agencies are paid by ICE to detain immigrants via this system.

Representatives from the Monroe County sheriff’s office refused to comment on the pending lawsuit.

The post US-Born Man Admits to Smoking Weed on Probation, Is Almost Deported to Jamaica appeared first on High Times.

Amy Coney Barrett’s eventual confirmation is great news not only for #prolife, but also for #cannabis lovers. The Catholic Sacrament of Anointing of the Sick, for example, is medical cannabis with confession and prayer added to boost efficacy. https://t.co/GTFsvuA2uL

The village where #cannabis is the only livelihood. The aromatic "Malana Cream"- a variety of oily hash produced in the village from higher-potency plants with hybrid seeds-has earned legendary status among pot smokers around the world
@Independent https://t.co/0Jw8W82UKd

​Despite the proliferation of legal cannabis stores, the underground market continues to flourish. The Halton Regional Police Service has https://t.co/7ulGwh3M3f #cannabiscommunity 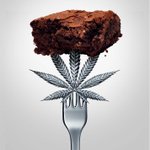 The village where #cannabis is the only livelihood. The aromatic "Malana Cream"- a variety of oily hash produced in the village from higher-potency plants with hybrid seeds-has earned legendary status among pot smokers around the world
@Independent https://t.co/0Jw8W82UKd