In the world of country music, there is arguably no bigger cannabis consumer or advocate than Willie Nelson.

He’s been very public about his own personal love of marijuana. Similarly, he’s been an outspoken advocate of progressive cannabis legislation.

And he’s even entered the legal cannabis industry as a business person, launching his own line of strains and products.

But now, the music and cannabis legend is making some changes. He recently told the media that he no longer smokes marijuana.

But that doesn’t necessarily mean Willie Nelson has stepped back from cannabis altogether. His spokesperson, Elaine Schock, recently clarified to news sources that he still enjoys the plant in other forms.

In the interview, Willie Nelson talked about a number of topics, including his personal health. And that’s when the question of marijuana came up.

“I have abused my lungs quite a bit in the past, so breathing is a little more difficult these days and I have to be careful,” Nelson said. “I started smoking cedar bark, went from that to cigarettes to whatever. And that almost killed me.”

He added: “I don’t smoke anymore—take better care of myself.”

The decision marks a new direction for the musician. As recent as April 2019, he said he was still regularly consuming weed.

In an interview with Rolling Stone that month, Nelson said he’s high “pretty much all the time.”

Also in the interview, he commented on how long he’s been a regular weed consumer.

“I’m kind of the canary in the mine,” he said. “If people are wondering what happens if you smoke that shit a long time. You know, if I start jerking or shaking or something, don’t give me no more weed. But as long as I’m all right.”

Nelson is now 86 years old. He’s built a legendary career as a country music star. And he continues making music. According to Entertainment Weekly, he is currently on a tour throughout the United States.

Nelson’s life with cannabis has been well documented and very public. And throughout his career, he’s managed to maintain a very dynamic relationship with weed.

Most immediately, he’s advocated for cannabis through his personal consumption.

He has from time to time made that advocacy a bit more political, too. For example, he headlined a rally for pro-cannabis candidate Beto O-Rourke in 2018.

Additionally, Nelson has made inroads into the legal industry. Back in 2015, he started a marijuana company called Willie’s Reserve. The company makes a line of signature products, including custom strains, edibles, vapes, and other accessories.

All told, Willie’s Reserve has become one of the more nationally-recognizable brands in the legal cannabis space. 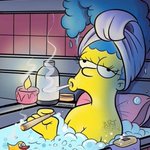