Republcan legislators continue to try to wreak havoc with voter-approved marijuana initiatives, Judge Merrick Garland speaks out on marijuana and sentencing policy at his confirmation hearing, and more.

Biden Attorney General Nominee Sets Gentler Line on Marijuana, Cites Discriminatory Enforcement. Judge Merrick Garland, President Biden's pick as attorney general, said Monday that prosecuting people complying with state marijuana laws is not "a useful use of limited resources" and that there is "a question of prioritization about resources and discretion" around the issue. The comment as he responded to a question from Senator Cory Booker (D-NJ) during Garland's confirmation hearings in the Senate Judiciary Committee. He also said during the hearing that the enforcement of marijuana prohibition is a "perfect example" of how the criminal justice system is racially biased and imposes disproportionate impacts on communities of color.

Montana GOP Bill Would Delay Voter-Approved Marijuana Legalization. Saying the voters' decision to legalize marijuana with a quick timeline "doesn't make any sense," State Representative Bill Mercer (R) has filed a bill that would push back the October 1 deadline until sometime in 2023. The bill is set to be heard this week in the House Business and Labor Committee.

South Dakota Medical Marijuana Supporters Float Compromise to Forestall GOP Effort to Delay Implementation. Supporters of the state's voter-approved medical marijuana law are seeking to scale back Republican efforts to delay the implementation of the medical marijuana program. Lawmakers are considering House Bill 1100, which would form an interim committee to essentially rewrite the voter-approved law.  The proposal moves back the deadline for implementing much of the measure to next January during the 2022 legislative session.

Illinois Bill Would Give Protection to Overdose Victims. Representative Janet Yang Rohr (D-Napierville) has filed House Bill 3445, which would mandate that people seeking assistance for a drug overdose would not be criminally charged or prosecuted if they make a good faith effort to seek drug treatment.  It also includes language protecting parolees who overdose from having their status revoked in case of an overdose. The bill would expand a Good Samaritan law passed in 2012 to include the person who is actually overdosing.

El Chapo's Wife Busted on Drug Trafficking Charges at DC Airport. Emma Coronel Aispuro, the wife of imprisoned Mexican drug trafficking kingpin Joaquin "El Chapo" Guzman was arrested Monday night after flying into Dulles International Airport. She faces federal charges of conspiring to help distribute cocaine, methamphetamine, heroin and marijuana in the US. She is accused of helping El Chapo continue to run his enterprise while behind bars. She is a joint US and Mexican citizen.

Biden Attorney General Nominee Endorses Ending Mandatory Minimums. Judge Merrick Garland, President Biden's nominee for attorney general, said Monday that he agrees with a Biden administration policy of ending the use of mandatory minimum sentences. His comments came in response to a question from Senator Jon Ossoff (D-GA) and can be heard at the 28-minute mark of the linked video. 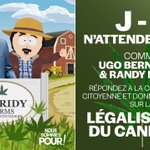 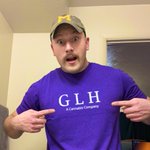 Nobody should be in jail for cannabis

I support ending the federal prohibition of cannabis.

Reply on TwitterRetweet on Twitter9Like on Twitter18
BUY CANADIAN WEED