Joe Biden muddies the waters on his marijuana policy, Copenhagen is moving toward a pilot progeram of legal marijuana sales, Peru prepares to go after coca crops in a lawless region, and more.

Bipartisan House Bill to Reschedule Marijuana Filed. Florida US Reps. Donna Shalala (D) and Matt Gaetz (R) filed a bill Thursday aimed at reducing barriers to marijuana research by moving it from Schedule I to Schedule III of the Controlled Substances Act. The Expanding Cannabis Research and Information Act is identical companion legislation to a bill filed by Sen. Dick Durbin (D-IL) in July, S. 2400.

Joe Biden Says Marijuana Offences Should Be Misdemeanors, But Without Jail Time. During Thursday night's Democratic presidential debate, former Vice President Joe Biden muddied the waters by saying marijuana offenses should be treated as misdemeanors, even though he has earlier called for decriminalization. Many other candidates are calling for legalization. Here's what Biden said: "Nobody who got in prison for marijuana, for example—immediately upon being released, they shouldn’t be in there." he said. "That should be a misdemeanor. They should be out and their record should be expunged. Every single right should be returned," he said. "When you finish your term in prison, you should be able to not only vote but have access to Pell grants, have access to be able to get housing, have access to be able to move along the way."

Denmark's Capital City Moves toward Legal Marijuana. The Copenhagen city council overwhelmingly supports a pilot program that would see marijuana sold legally across the city. The city has long been prepared to move down this path, but had been stymied by a conservative national government. But now, left-wing parties won an overall majority in elections this summer. Still, the new health minister, Magnus Heunicke, doesn't endorse the scheme, but the city council is moving forward anyway. Under the proposed plan, a half dozen or so marijuana dispensaries would operate in the city.

Peru to Start Eradicating Coca Crops in the VRAEM. For the first time, Peruvian security forces will attempt to eradicate illicit coca plants in the country's largest coca growing area, the Valleys of the Apurimac, Ene, and Mantaro Rivers (VRAEM), the government announced Thursday. Starting November 1, authorities will undertake a 45-day operation aiming to eradicate some 1,800 acres of coca crops, and they are vowing to intensify such operations next year. The region produced some 60,000 acres of coca in 2017, according to the UN. Although the region has been in a state of emergency for decades, recent governments have declined to send in coca eradication teams for fear of a violent backlash from coca farmers and remnants of the Shining Path guerrillas who have morphed into drug traffickers.

Rerolled from a High Times Original Article Two members of Florida’s delegation to the U.S. House of Representatives …
Read More

Lawmakers In New Jersey And Massachusetts Address Dangers Of Vaping 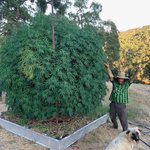 Pick up a joint instead: #Vaping illnesses highlight flawed #marijuana regulations. Go back to flower
https://t.co/JHggqmmw0A 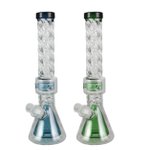