Elizabeth Warren rolls out a plan for a just and equitable marijuana industry, a Hawaii bill would protect medical marijuana patients from being fired or not hired because of positive drug tests, and more.

Elizabeth Warren Releases Plan for Just and Equitable Marijuana Industry. Democratic presidential contender and Massachusetts Sen. Elizabeth Warren has released her plan for a Just and Equitable Cannabis Industry. The plan calls for passage of a marijuana legalization bill similar to the Marijuana Opportunity Reinvestment and Expungement (MORE) Act, the appointment of law enforcement agency heads who support legalization, the expungement of past marijuana convictions, and protections for immigrants, among other provisions.

Hawaii Bill to Protect Patients' Employment Rights Advances. A bill that would protect medical marijuana cardholders from being fired or not hired because they tested positive for marijuana is advancing in the legislature. Instead of a drug test, cardholders could undergo a "fit-for-duty" test that measure impairment, not metabolites. The bill excludes law enforcement and prison guards, other public safety workers, and health care workers who administer drugs to patients. The state Senate Commerce, Consumer Protection and Health Committee and the state Senate Judiciary Committee approved the bill Friday with some amendments. It now heads for a Senate floor vote.

Missouri House Passes Kratom Regulation Bill. The House has approved House Bill 2061, which would require more regulation for kratom products. The bill creates the Kratom Consumer Protection Act, which orders "sellers of kratom products to ensure that their products are not adulterated with dangerous substances." The bill would also ban the sale of kratom to people under 18. The bill now heads to the Senate.

West Virginia Bill Would Increase Meth Sentences. The Senate last Thursday approved Senate Bill 502, which would increase sentences for methamphetamine offenses to make them as severe as those for narcotics offenses. Under current law, meth possession can net up to five years, but under this bill that would rise to 15 years. Sponsor Sen. Sen. William Ihlenfeld (D), a former U.S. attorney, said that law enforcement and prosecutors told him that increasing sentences would have "a positive effect" in deterring meth-related crime. The bill passed the Senate unanimously and is already being taken up in the House.

Rerolled from a High Times Original Article To help his quest to legalize cannabis, Gov. Cuomo is visiting …
Read More

Rerolled from a High Times Original Article It’s light on details, but heavy on support for POCs and …
Read More 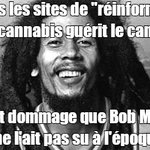 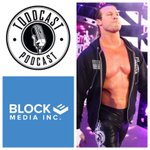 @Diddy Sean Combs hinted to @YahooFinanceCA back in October that he might be getting into the #cannabis business. $GGB