California Lawmakers Ponder Temporary Tax Cut for Legal Weed. Lawmakers last Friday revived a measure to temporarily cut taxes on marijuana in a bid to boost the state's legal marijuana market. The bill would cut the state excise tax on weed from 15% to 11% and eliminate a cultivation tax for the next three years. The effort foundered last year when Gov. Gavin Newsom (D) objected, but it now appears he is open to changing his mind. Lawmakers estimated that up to 75% of the state's marijuana is still sold in the black market.

New York Poll Shows Strong Support for Marijuana Legalization. As the state legislature prepares to try to pass marijuana legalization again this year, a new Sienna College poll finds the public is ready. The poll had support for legalization at 58%.

Tulsi Gabbard Endorses Legalizing Drugs. Longshot Democratic presidential contender Rep. Tulsi Gabbard (D-HA) has come out for legalizing currently illicit drugs. "If we take that step to legalize and regulate, then we're no longer treating people who are struggling with substance addiction and abuse as criminals and instead getting them the help that they need," she at a campaign stop in Merrimack, New Hampshire on Friday. Her comments came in response to a voter's question about whether she intended to emphasize harm reduction and treatment or move instead to legalization. "All of the above," she said. "The costs and the consequence to this failed war on drugs is so vast and far reaching, socially and fiscally, that if we take these necessary steps, we'll be able to solve a lot of other problems that we're dealing with in this country."

Dutch Push for New Drug Policy. Parliamentarians, TV celebrities, health experts, lawyers, and dance scene personalities are among the 79 people who have signed a new manifesto calling for a major shift in Dutch drug policy. "The need for a new and realistic drugs policy is greater than ever. The international drug trade has taken root in the Netherlands and with serious consequences," the online manifesto states. "Mayors are receiving death threats, a lawyer was murdered, and ecstasy waste dumping is threatening the environment. But the manifest powerlessness in the face of drug-related crime is making for ever greater repression." The aim, signatories said, is to reduce drug harms and increase public safety, and that should be done by tackling black market drug revenues. "A regulated – not a free – drugs market the starting point of a new drugs policy. lllegality fuels crime. That is why we must tackle the revenue model of the criminals and make a regulated- not a free – drug market the starting point of a new drugs policy."

Rerolled from a High Times Original Article File this one under “a bit too on the nose.”  The …
Read More

Rerolled from a High Times Original Article Over the weekend, Mexico took its latest step in what has …
Read More

The light from a medical marijuana farm filled the sky over Snowflake, Arizona, with a strange, purple glow on a recent foggy morning.
Cara Smith took a picture of the scene about 6:30 a.m. Friday on her way … 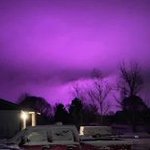 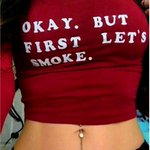 More and more influential people are coming out to support Marijuana Legalization.

Stay tuned for our series of posts on celebrities and their relationship with Cannabis!! #johnjezzini #thehighnotecalifornia #growthnetworkholdings #rsrgconsulting #CannabisNews #Cannabis 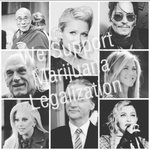 Meanwhile in #Canada, medical #cannabis patients pay a sin tax for necessary treatment. But with Budget 2020 coming there is still time to do the right thing Minister @Bill_Morneau! Zero rate medical cannabis in the budget! #cdnpoli https://t.co/GmR4Ji46Rp

At GNS, we feel inspired by the thriving, metropolitan community of East Los Angeles and we are thrilled to bring The High Note brand to this area 🌃 #cannabiscommunity #cannabis #thehighnote #greenfieldcollective #johnjezzini #eastla #eastlosangeles

In the middle of an extremely busy week for GNS. Exciting developments to be announced soon. #cannabis #cannabiscommunity #johnjezzini #thehighnote #gns #wednesday #greenfieldcollective 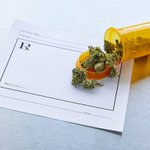 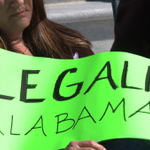