Senate Majority Leader Says Democrats Are Ready to Push Ahead on Marijuana Legalization Whether President Supports It or Not. Senate Majority Leader Chuck Schumer (D-NY) said that even though President Joe Biden (D) only supports marijuana decriminalization, "we will move forward" even if the president doesn't get on board. "He said he's studying the issue," Schumer said. "I want to make my arguments to him, as many other advocates will. But at some point, we're going to move forward, period." Schumer also clarified that: "I am personally for legalization. And the bill that we'll be introducing is headed in that direction."

Nevada Bill Would Allow for Marijuana Consumption Lounges. Assemblyman Steve Yeager (D-Las Vegas) has filed a bill that would allow for marijuana consumption lounges to operate in the state. While marijuana is legal, it is illegal to consumer it in public or in hotel rooms, and Yeager said that presents a conundrum for residents and tourists. "They can't bring it into their hotel rooms. They can't consume it outside," Yeager said. The bill, introduced Friday, is not yet available on the state legislative web site.

DC Mayor Says City is Ready to Legalize Marijuana Sales Once Congress Gets Out of the Way. Mayor Muriel Bowser (D) said last Friday that city officials are ready to move forward with implementing legal marijuana sales once Congress removes a rider that has prevented the city from doing so. "We have a tax-and-regulates scheme. We've prepared our alcohol and beverage office to be prepared to implement regulation," she said. "And we have to we have to get the hurdle of Congress out of the way."

NYPD Says You Can Now Smoke a Joint in Public. In the wake of Governor Andrew Cuomo's (D) signing marijuana legalization into effect, with the legalization of possession of small amounts in effect immediately, the NYPD has issued a memo noting that people can smoke marijuana in public anywhere they can smoke a cigarette in public. Smoking marijuana on sidewalks or front stoops is no longer "a basis for an approach, stop, summons, arrest, or search" the department memo said. But the city bans smoking in parks and at beaches, so there is no marijuana smoking allowed there, either.

Third Massachusetts City Approves Psychedelic Decriminalization. Last Thursday night, the Northampton City Council approved a resolution calling for the deprioritization of drug law enforcement against natural psychedelics. Included are psilocybin, ayahuasca, and a number of other entheogenic plants and fungi. The measure passed on a unanimous vote, making Northampton the third city in the state to enact such reforms, after Somerville and Cambridge.

ACLU, NYCLU Sue New York County over Methadone Access in Prison. The ACLU and its state affiliate, the New York Civil Liberties Union filed a lawsuit Monday against Jefferson County seeking to compel the Jefferson County Correctional Facility to provide access for methadone treatment for opioid use disorder. The county bans methadone treatment for prisoners, which plaintiffs argue violates state civil rights law, the US Constitution, and the Americans with Disabilities Act.

Sentencing Commission Report Decline in Drug Prosecutions Last Year. During Fiscal Year 2020, federal prosecutors filed some 64,565 criminal cases, a decline of 15.6% over the previous year, "reflecting the impact of the COVID-19 pandemic on the work of the courts." Drug possession cases continued a five-year decline, dropping 22%, while drug trafficking cases, which had gone up slightly in Fiscal Year 2019, had declined 17% in FY 2020. The most common federal prosecutions were immigration cases, accounting for 41% of all federal prosecutions.

Colorado Benefit Concert To Honor The Memory Of Charlotte Figi

Rerolled from a High Times Original Article Rock the RoC will be live streamed next Friday, April 7, …
Read More

Chuck Schumer will try to get marijuana legalized federally. We may get it. It’s a very positive environment at this moment. #VoteBlue #cannabis #LegalizeIt

How aging changed my cannabis routine – and might change yours, too https://t.co/xo5gNSsgZs #cannabis 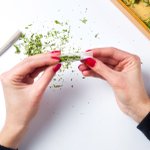 Reply on TwitterRetweet on Twitter5Like on Twitter1
BUY CANADIAN WEED