Colorado girl Charlotte Figi, whose struggle with a severe form of epilepsy inspired a whole movement around the use of CBDS and changed attitudes toward medical marijuana, has died at the age of 13. Although she had not tested positive for COVID-19, she had been hospitalized for symptoms consistent with the viral infection and died of complications after her bout of illness.

Her death was  announced  last Tuesday on the Facebook page of her mother, Paige Figi: “Charlotte is no longer suffering. She is seizure-free forever. Thank you so much for all of your love,” read the message posted by a family friend.

In recent weeks, Paige Figi's Facebook page saw posts detailing an illness that hit the whole family with the all-too-familiar symptoms of fever, coughs, and difficulty breathing. Charlotte was hit particularly hard and had to be hospitalized.

On her Facebook page, Paige Figi wrote that although Charlotte tested negative for the virus, she had been treated on a COVID-19 ward "using all the medical protocols put in place" and was treated as "a likely COVID-19 case."

She was released from the hospital last Sunday but suffered seizures two days later and was re-admitted to the hospital. She died the same day.

Charlotte had suffered from Dravet syndrome, a rare form of epilepsy, and suffered hundreds of seizures, both large and small, every day. Standard pharmaceutical treatments didn't help, and as her condition deteriorated her parents looked for alternatives.

They heard about cannabis oil and with the help of Colorado Springs dispensary owner Joel Stanley and his brothers, who had developed a CBD-rich strain of marijuana, they were able to effectively treat Charlotte. Her seizures dramatically reduced, and her condition improved markedly.

The Stanley brothers named their product Charlotte's Web in a nod to the spirited little girl.

Her success story helped change the world when CNN's Dr. Sanjay Gupta grew entranced by the girl's progress and made her story a key part of a 2013 documentary in which he notably changed position and endorsed medical marijuana.

Clips of a happy, healthy, playful Charlotte, her seizures suppressed by CBD, inspired hundreds of families enduring similar medical issues with their children in marijuana prohibition states to move to Colorado to get access to CBD. With Charlotte as the smiling face of CBD, the embrace of the drug swept the country, and now, 47 states now have laws that allow for CBD products.

Charlotte is gone, but her legacy lives on.

Rerolled from a High Times Original Article Due the COVID-19 pandemic, New Hampshire is extending the deadline to …
Read More

An Obituary of the Bernie Sanders Campaign 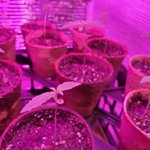 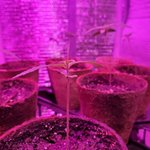 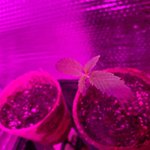 #Greed is #America
#Democrats #Republicans work for same #Oligarchy did you see #CARESAct they do not #CARES about #WeThePeople #MedicareForAll #JimCrow #Marijuana is #Hemp is #Cannabis food a medicine from #God #HappyEaster #ClimateAction ignored by #Congress too #Bernie2020 https://t.co/1D9pE4o795 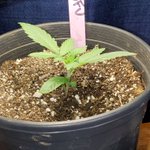 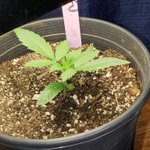 I can’t even figure out if this whole thread by #CNN is a joke, I’m too #stoned …
#CannabisCommunity
#Cannabis
#CannabisNews https://t.co/SKDKy7cwR7

#HappyEaster #God will #Heal the Nations we have to eat the #Cannabinoids in #Cannabis because there were no doctors at creation we heal w/ Food ~ #JimCrow knew this 1915 ~ 2020 #Prohibition of food is alive and well ~ #FalseProphets are everywhere ~ #Christ is #Socialist y’all https://t.co/KIXsk76jA1

So happy to have @gmiwhpodcast back in my life. If you haven’t listened to seasons 1 and 2, do yourself a favor and binge all 24 episodes. You’ll thank me later. @ImYourKid @pot_handbook #utah #cannabis #hemp #timetoendcannabisprohibition https://t.co/6sTVSHYcrm 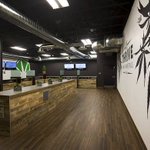