A marijuana services company has filed a federal lawsuit over massive cash seizures by cops in California and Kansas, the Colombian Constitutional Court puts the kibosh on spraying coca crops with herbicide, and more.

Mississippi House Amends Medical Marijuana Bill to Lower Possession Limits, Then Passes It. The House on Wednesday approved the Senate's medical marijuana bill, Senate Bill 2095, but only after amending it to lower the amount of marijuana flower patients can possess each month from 3.5 ounces to 3 ounces. The Senate had previously lowered the limit from 4 ounces to 3.5 in a bid to soothe the concerns of Governor Tate Reeves (R), who has expressed worry that the bill allowed patients too much marijuana. The bill now goes back to the Senate. If the Senate rejects the House's amended limit, the bill would then go to conference committee to hash out the differences.

Marijuana Services Company Sues Cops in California and Kansas Over Seizures of $1.2 Million in Cash. Empyreal Logistics, a company that uses armored cars to transport cash to and from marijuana businesses, has had its vehicles stopped and cash seized on five separate occasions since last May by sheriff's deputies in Kansas and California. The stops resulted in no citations or criminal charges, but the deputies seized $1.2 million in cash under. Now, with the help of the Institute for Justice, Empyreal has filed a federal lawsuit arguing that the seizures violate state law, federal law, and the US Constitution. In a complaint it filed last Friday in the US District Court for the Central District of California, Empyreal says it is "entitled to protection from highway robberies, regardless of whether they are conducted by criminals or by the Sheriff and federal law-enforcement agencies acting under color of law."

In both California and Kansas, local sheriffs handed the seizures over the DEA in a bid to circumvent state laws limiting seizures and who profits from them, but the lawsuit charges that the DEA's involvement violates the Rohrabacher-Blumenauer Amendment, a spending rider that bars the Justice Department (which includes the DEA and the FBI) from using any of its funds to interfere with the implementation of state laws authorizing the medical use of marijuana. Because the DEA violated that restriction, the company says, it also violated the Fourth Amendment's ban on unreasonable searches and seizures. And because the seizure was motivated by the prospect of financial gain, the lawsuit says, it violated the Fifth Amendment's guarantee of due process.

Arizona Bill Would End Restriction on Food Stamp Benefits to Drug Felons. A bill that would remove requirements that people with past felony drug convictions agree to random drug testing and to taking part in a drug treatment program in order to access the Supplemental Nutritional Program (SNAP) has passed its first hurdle. Sponsored by Rep. Walter Blackman (R-Snowflake), the measure, House Bill 2060, was approved unanimously on Wednesday by the House Judiciary Committee. It now heads for a House floor vote.

Missouri Drug Decriminalization Bill Filed. State Rep. Peter Merideth (D) has filed a bill to decriminalize a range of drugs including marijuana, psilocybin, LSD, MDMA and cocaine. The measure, House Bill 2469, would make low-level drug possession an infraction punishable by a maximum $100 fine or participation in a drug treatment program if ordered by a court. The bill would decriminalize up to 10 grams of cannabis, one gram of heroin, one gram of MDMA, two grams of methamphetamine, 40 units of LSD, 12 grams of psilocybin, 40 units of methadone, 40 oxycodone pills and two grams of cocaine. The bill also lowers charges for possessing some quantities greater than personal use from felonies to misdemeanors. It currently has no hearing scheduled.

Colombia High Court Blocks Government Plan to Spray Coca Crops with Toxic Herbicide. The country's Constitutional Court ruled Wednesday that the administration of Conservative President Ivan Duque cannot spray the herbicide glyphosate of coca crops without the consent of rural communities, which effectively blocks the proposed renewal of spraying. The ruling came after rural black and indigenous communities sued to block the plan, saying the herbicide causes disease, destroys traditional crops and pollutes the water. The court imposed a one-year deadline for agreement to be reached to allow spraying, effectively blocking the Duque administration, which leaves office in August, from moving forward before then. Spraying the coca crop with glyphosates was done in the past but blocked by the Constitutional Court in 2015. President Duque has spent the four years of his administration trying to get it going again.

Rerolled from a High Times Original Article Non-fungible tokens (NFT) take the stage again, this time with a …
Read More 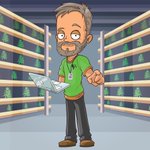 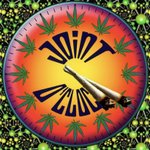 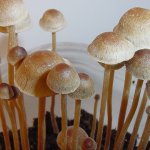 How many words about #Cannabis do you see? 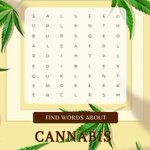 The Mississippi House of Representatives passed its amended #medicalmarijunana bill and will send it back to the Senate for approval. If approved, the system to regulate and sell #cannabis to registered patients could launch in the state later this year. https://t.co/EAlhP63OAY

@atachorg and Duane Morris are teaming up to present the Mainstreaming #Cannabis Webinar Series. Join us Feb. 2 for “The Cannabis #Beverage Revolution: Is Beverage Cannabis’ Next Big Wave?” with host @SGLAW44 Register at: https://t.co/VUZBOBpdaO 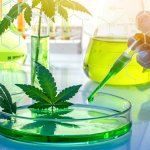 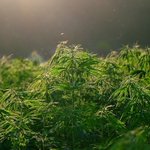