Florida Democrats Call for Marijuana Legalization. State Democratic lawmakers want to legalize marijuana this session and are calling on the state's GOP-controlled legislature to get on board. The Democrats have filed at least ten marijuana-related bills, including one outright legalization bill, House Bill 467. "A bill legalizing marijuana has never been heard in the Florida House," Democratic Rep. Yvonne Hinson said at a Thursday news conference. "That needs to change this year. States are legalizing cannabis all over the nation, and Florida is falling behind."

Mississippi Senate Approves Medical Marijuana Bill. The state Senate on Thursday approved its medical marijuana bill, Senate Bill 2095. Senate passage comes more than a year after voters approved medical marijuana at the ballot box, only to see that approval overturned by the state Supreme Court. Legislators and Gov. Tate Reeves (R) vowed to pass a medical marijuana bill, but that was delayed after Reeves objected to some provisions of proposed legislation. The bill as passed attempts to address those concerns by allowing for a local opt-out option and by lowering permissible amounts of medical marijuana that patients may possess. The bill now heads to the House, where prospects are less clear.

Oklahoma Lawmaker Will File Bill to Tighten Up Medical Marijuana Law. State Rep. Sean Roberts (R-Hominy) said on Wednesday that he plans to file a bill to modify the modify the Oklahoma Medical Marijuana and Patient Protection Act and the Oklahoma Medical Marijuana Waste Management Act. The bill would tighten residency requirements for marijuana businesses, and if an Oklahoma resident is found to be a cutout for an entity from outside the state, his marijuana business license would be suspended. "When medical marijuana was legalized in Oklahoma, it basically created a 'Wild West' situation as we did not have enough legal structure in place to address all future issues that could arise," Roberts said. "As the years have passed, we have a better understanding of what we are doing right and what we need to fix."

Italy Certifies Signatures on Marijuana and Psilocybin Referendum. Nearly three months after supporters of referendum to legalize marijuana and magic mushrooms turned in more than 630,000 voter signatures, the Supreme Court of Cassation on Wednesday certified that they had collected enough valid signatures to qualify for the measure for the country's spring ballot. The measure still faces an additional hurdle before going to the voters: The Constitutional Court must now determine that the measure does not conflict with the constitution or the country's treaty obligations, and once it does so, the path to the vote is clear. The Constitutional Court will issue its decision on February 15.

Rerolled from a High Times Original Article After months of debate and back-and-forth, lawmakers in Mississippi have finally …
Read More 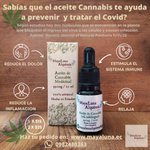 #cannabiscommunity #marijuana #cannabis Gosport teenager more upset about muddy jeans than being arrested and chased by police for smoking cannabis A group of four teenage boys were seen consuming the drug in Fell Drive, Gosport, yesterday afternoon. When https://t.co/Qf6R4eSxfU 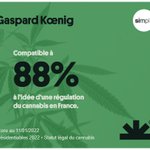 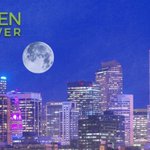 I can read minds while on #weed. Most of them are thinking: I know he’s #high. 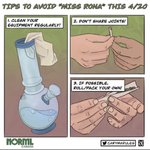 Reply on TwitterRetweet on Twitter27Like on Twitter37
BUY CANADIAN WEED