A push is on in Congress to secure coronavirus pandemic relief aid for the legal marijuana industry, a poll suggests that a DC psychedelic decriminalization initiative could win–if it can make the ballot–and more.

US Senators Want Small Marijuana Firms Included in Coronavirus Aid. A group of 10 US senators led by Ron Wyden (D-OR) and Jackie Rosen (D-NV) have sent a letter to congressional leaders urging them to include small, state-legal marijuana businesses and related companies in any future coronavirus relief companies. The letter comes a week after nearly three dozen House members sent a similar one.

DC Voters Would Approve Psychedelic Decriminalization Initiative If It Makes Ballot, Poll Says. A poll commissioned by Decriminalize DC, the folks behind the psychedelic decriminalization initiative, suggests the measure could pass—if it manages to make the ballot. Signature-gathering for initiative campaigns around the country have been disrupted by the coronavirus pandemic, and DC is no exception. The poll found 51% said they were in favor when read the actual text of the measure, but that figure rose to 60% when voters were provided more information and settled at 59% when voters had heard pro and con arguments.

Mexico Sees 13 Dead in Violence in Guerrero Poppy Fields. At least 13 people were killed over the weekend in multisided clashes between community vigilantes, police, soldiers, and members of the Cartel del Sur in the opium poppy-growing town of El Naranjo, Guerrero. Clashes and gun battles lasting for hours broke out Saturday as cartel gunmen duked it out with a "grassroots citizens militia" (vigilante group) called the United Front of Community Police of Guerrero, a repeat of clashes last summer when the vigilantes tried unsuccessfully to force out the cartel. After Saturday's clashes, authorities called in the National Guard, soldiers, and state police, who then engaged in another gun battle, killing four presumed cartel members. Later another four executed bodies were found, and on Monday the bodies of five more men covered in blankets were discovered at the bottom of a ravine surrounded by shell casing.

Which is exactly why “gov” refuses to re-categorize #cannabis classification.

They want you to become dependent upon pharma drugs. https://t.co/Wz8l1WB2Nj

Boomer Advice No Joe ~ Cannabis is Food that Heals@MimiTexasAngel·
2h

We’d like to give a warm Highland welcome to @SpiritleafCA Moose Jaw, on their first Highland order. We look forward to many more to come! 🙂

#CBD #THC #marijuana Scotland set to get its first legal #cannabis farm Scotland is set to get it’s first legal cannabisfarm, it can be revealed today. A large greenhouse will be built where the drug will be grown for use in https://t.co/TKxkFFejBy #cannabiscommunity 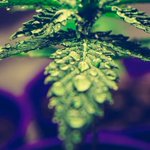 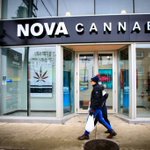 Was the propaganda against #cannabis that much greater in the reefer madness, etc. days that it stuck with that generation?
I mean I remember D.A.R.E and commercials about not being a loser or a pothead growing up, but that shit didn’t stick with me and many I know.