New Jersey Governor Appoints Top Marijuana Regulator Following Legalization Vote. Moving quickly to implement the will of the voters, Gov. Phil Murphy (D) has named the people who will administer the implementation of legalization as the Cannabis Regulatory Commission. He named former policy counsel to the state ACLU and current administration staffer Dianna Houenou to head the commission. She is emphasizing social equity. "Cannabis legalization and regulation is just one illustration of much larger work that is needed to reform our drug policies wholesale. We really are looking to make sure that equity is built into a regulated structure at the onset," she said. The legislature is also quickly swinging into gear.

South Dakota Republican Legislators Look for Ways to Undo the Will of the Voters. After the resounding victory of the state's medical marijuana initiative and the clear victory of its legalization initiative, the state's Republican governor and legislature are now pondering how to try to undo what the voters chose. Gov. Kristi Noem (R) said voters made "the wrong choice" in approving the initiatives. The legislature is limited in its ability to mess with the legalization initiative because it was a constitutional amendment, but the medical marijuana initiative is a statutory one, which the legislature can nullify, repeal, or gut such measures, as it did with a voter-approve campaign finance reform initiative in 2016. And lawmakers could vote to propose a future amendment to nullify marijuana legalization. Stay tuned.

$26 Billion Settlement Offer in Opioid Lawsuits Gains Wide Support. A large pharmaceutical drug maker and three distributors are nearing a $26 billion deal with state and local governments to settle thousands of lawsuits over the companies' role in the opioid epidemic that began in the late 1990s. The four companies are McKesson, Cardinal Health, AmerisourceBergen and Johnson & Johnson. A settlement would mean those companies would face no risk of further lawsuits from those state and local governments. The bulk of the money would go to help pay for treatment and prevention programs in areas hard-hit by the epidemic.

Final Results Confirm New Zealand Marijuana Legalization Referendum Failed. Vote totals tightened after initial results had the country's marijuana legalization referendum failing with only 46% of the vote, but not enough to overcome the vote deficit. The final tally ended with the referendum getting 48%, with 51% opposed.

#cannabis #marijuana #weed Canopy Is at a Crossroads in the Changing Marijuana Market
It seems that marijuana stocks are finally starting to find some traction. The ETFMG Alternative Harvest ETF (NYSEARCA:MJ) has risen 10% in https://t.co/gvCY5R2k7A #cannabiscommunity

“So many people are winning from this and it’s an amazing thing that we finally achieved in #Mississippi,” Pollard said. “You know, for these #cancer patients, #seizure patients, and of course many other illnesses.” #cannabis https://t.co/LqmxKVcxno

“Fifteen states now permit #recreational use of #cannabis within their borders.” https://t.co/zzM7Ea8vKC 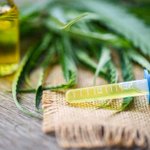 Is smoking cannabis beneficial to women?

Read this article to uncover the potential benefits to smoking weed if you’re a woman.

With 5 more states being added to the list of states legalizing marijuana! We welcome the conversation Live On The Block with #TheBlockFam tonight @ 6. So roll one,light one and let’s vibe. 🍁🍂🍃 #Legalizecannabis #WEED #recreationalmarijuana #onmyblock92 #TGIF 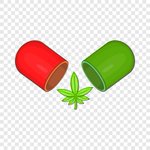 “Plenty of uncertainty remains with the #2020Election, but one thing is clear: Recreational #cannabis had a big night at the ballot box.”

In case you need @CNN to tell you!

“Prime Minister Jacinda Ardern, who voted in favour of both proposals, has vowed to honour the results of the vote, meaning the #cannabis issue is unlikely to be revisited in her current term of office.”🤔
https://t.co/CThOYZ0pRe 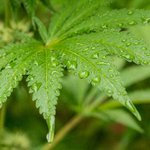 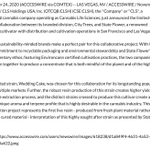