California Coalition Pushes for Tax Breaks for State Pot Businesses. A coalition of advocacy groups, churches, and marijuana companies is asking Gov. Gavin Newsom (D) for a temporary cut in the state's marijuana taxes. The groups warn that the coronavirus crisis and the faltering economy will take an especially hard toll on minority-run businesses. The coalition includes the California NAACP, Los Angeles Metropolitan Churches, the Southern California Coalition, an industry group.

Dr. Bronner's Kicks in a Million Bucks for the Oregon Therapeutic Psilocybin Initiative. Dr. Bronner's Magic Soaps has donated one million dollars to IP 34, the initiative that would create a framework for the use of psilocybin therapy by mental health practitioners in the state. The campaign is about 90% of the way to qualifying for the November ballot, but faces signature-gathering challenges in the midst of the coronavirus pandemic. This massive donation should help get the campaign over the top.

Former Honduran National Police Chief Charged in US with Drug Trafficking and Weapons Offenses. Federal prosecutors in New York City announced Thursday that Juan Carlos Bonilla Valladares, the former chief of the Honduran National Police was charged in Manhattan federal court with conspiring to import cocaine into the US and related weapons charges. He allegedly abused his official position to protect cocaine shipments and murder a rival drug trafficker as part of a conspiracy involving high-ranking Honduran politicians and members of the National Police.

With Psychedelic Legalization on the Horizon, How Should We Get There from Here? [FEATURE]

Rerolled: April 30, 2020 | #STDW At this point, it's almost a commonplace to say that a psychedelic …
Read More

The official title of my medical cannabis documentary is now CBD Nation, and it will be out in a few months. Here’s the trailer! https://t.co/yd6H7J4RVk #CBD #cannabis #medicalmarijuana

“How much THC does Strawberry Cough have?
Around 18% THC.

What are the origins of the Strawberry Cough strain?
Strawberry Cough was created from the Haze strain, but not much is known about it other than that.” #cannabis #marijuanastrains Profile https://t.co/CmnScrhNzD

It is a labor of love to uncover all of the power in the amazing #cannabis plant! #medicalmarijuana heals https://t.co/C1RAagMaZp 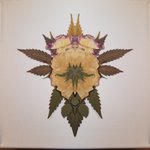