The Senate passed the defense spending bill this week without the SAFE Banking Act (HR 1996) after Senate leaders stripped the provision aimed at allowing state-legal marijuana businesses access to financial services from the bill. The senators, led by Majority Leader Charles Schumer (D-NY), had made it clear for weeks that they wanted to hold off on the banking bill until after Congress passes marijuana legalization.

Schumer, along with Sens. Cory Booker (D-NY) and Ron Wyden (D-OR) is pushing his yet-to-be-filed Cannabis Administration and Opportunity Act, while the House has its own version of a legalization bill, the MORE Act (HR 3617). But while they managed to remove the SAFE Banking Act from the defense bill, the fight to enact it is not over—and neither is the increasingly contentious debate surrounding how best to advance marijuana reforms at the federal level.

Debby Goldsberry has been a marijuana reform activist since the late 1980s, as well as being involved in the marijuana industry as a founder of the Berkeley Patients Group (BPG), one of the Bay Area's most successful dispensaries in 2000. She was director of BPG for 11 years before moving on to other dispensaries.

She is currently a consultant with Green Rush Consulting in Oakland and a compliance officer with the Hi-Fidelity marijuana shop in Berkeley, and she says the lack of access to financial services is a real pain.

"It is incredibly burdensome," she told the Chronicle. "It's basically destroying the industry. With a lack of access to capital, we have to go to the private market, which gouges us. And having to deal with cash—there are so many cash transactions—makes even simple things like accounting more time consuming. You have to do cash counts, cash audits, and of course, more security. It's just more worries."

Being robbed is one of those worries. That's because marijuana dispensaries make attractive targets for burglars, thieves, and robbers. One reason is because they are cash businesses due to being locked out of the banking system. But they also stock a valuable commodity—marijuana—and they advertise their locations.

Sometimes the attacks come in waves, such as Colorado in 2014 in and in Oklahoma and Oregon last year—including one robbery in Portland that left a dispensary worker shot dead. And California pot businesses were targeted last summer when at least 40 dispensaries were hit by caravans of burglars in the midst of the protests over the George Floyd killing.

More recently, Northern California has seen dozens of marijuana businesses suffer burglaries or attempted burglaries, including a half dozen in San Francisco's Bayview in October and 15 in Sacramento going into November. That month, it was Oakland's turn, with more than two dozen operators hit, with losses reaching about $5 million.

And it is ongoing. Just last week, Amber Senter, whose marijuana incubator EquityWorks, was targeted in late November, reported that: "The robberies of cannabis businesses in Oakland are still happening. Multiple armed robberies last night."

"It's not just marijuana businesses," longtime California NORML head Dale Geiringer told the Chronicle. "They're going after all sorts of high-end shops, too."

Geiringer said he supported enacting the SAFE Banking Act because he sees that as the most achievable.

"You should take what you can get," he said, adding that he was pessimistic about legalization in this Congress and beyond. "Those bills with social equity provisions won't pass because they won't get a single Republican vote and not even all the Democrats. And they will probably be dead in the next Congress, too."

"I'm a Fabian," Geiringer said. "I believe we can advance incrementally and build on the progress."

"Cash is part of the reason why" the dispensaries are being hit, said Goldsberry, but she said that isn't the only reason.

"There's a lack of equity in the cannabis industry," she said. "Oakland has a long history of rioting based on inequalities and inequities and injustices linked to the war on drugs. As Martin Luther King said, it's the language of the voiceless. Now we have a cannabis industry where the people in the legacy industry can’t gain access and it's all run by capitalists. They've taken historical inequality and made it even more unequal. It's not just the cash—it's easy to store cash in safes you can't steal—but the perspective is these are people who don’t care about us, so we don’t care about them, and we rob them."

Still, despite qualms about the evolving nature of the industry, Goldsberry also supports advancing the SAFE Banking Act.

"A change that would allow banking wouldn't just be incremental," said Goldsberry. "It's an essential next building block we need to bring an end to cannabis prohibition. It's too much to ask for it all at once; we're going to have to piecemeal this thing.

Both Goldsberry and Gieringer live in a state where marijuana consumers haven't really had to worry about federal marijuana prohibition for a quarter-century, since the passage of Proposition 215 and its wide-open language regarding who was eligible for medical marijuana (just about anyone who wanted it). That could make them a bit more sanguine about federal pot prohibition even as they bemoan its negative impacts on their industry.

The Drug Policy Alliance (DPA), which has strongly insisted that legalization should be prioritized over access to banking for marijuana businesses, however, remains adamant that the SAFE Banking Act is no substitute for legalization. And it is not even willing to concede that pot shops are a target because of the restrictions on banking.

"While it is true that marijuana businesses have been the recent targets of some high-profile robberies, it is also true that many other businesses with valuable merchandise have also been the victims of robberies in recent weeks," Maritza Perez, director of the DPA's Office of National Affairs, told the Chronicle. "Whether it has been jewelry stores, the Apple Store, or marijuana retailers, the common denominator is not a lack of access to banking services, but rather valuable inventory."

Perez also rejected the notion that passing the SAFE Banking Act could be seen as "getting half a loaf is betterer than none."

"The implication that SAFE Banking is the equivalent of half of the MORE Act is not something that I agree with," she said. "SAFE does nothing to remove criminal penalties for marijuana or expunge the records of those with marijuana arrests. SAFE does not create a Community Reinvestment Fund to help social equity entrepreneurs and begin to repair communities that have been the targets of generations of racist enforcement of marijuana prohibition. SAFE does not protect immigrants from deportation for engaging in legal marijuana conduct."

"Even from a purely industry-focused lens, it would be absurd to say SAFE is half of MORE," she said. "There is no tax relief for regulated marijuana businesses under SAFE, while the MORE Act would effectively end the application of Section 280E, significantly reducing the tax rate for marijuana businesses. Additionally, SAFE would merely provide safe harbor for banks to work with marijuana businesses, but because marijuana would still be federally illegal, banks are unlikely to offer commercial loans to most marijuana businesses. Under SAFE, only multistate operators would likely qualify as credit-worthy for commercial lending, which would widen the existing gap between MSOs and social equity entrepreneurs."

This debate is far from over. Stay tuned.

Back in July, @repdonyoung and I wrote to @POTUS, urging him to reschedule #cannabis as a matter of public health. https://t.co/9vP7Ry9whW

What’s your astrology HOROSCOPE and STRAIN for December?? ⭐🎅🎄🌙
Find out by checking Leafly’s blog: https://t.co/t1LxWgM3bU

Really nice dude doing installation work in my kitchen needed to come back tonight to swap a light because of a defect.

He’s having cramps and twisting, stretching, reaching and his ass crack is on full display. 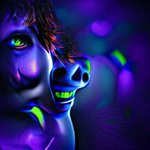